With the first six months of 2019 behind us, I decided to make a list of twelve features which impressed me the most, the focus being on the films released during the last three years, including a single exception. Unsurprisingly, most of the entries could be categorized as 'alternative cinema', so I guess that No. 12 is an intruder that exposes my soft spot for Far Eastern fantasies. The end of 2019 will probably see some changes in this selection, because I have great expectations for some upcoming, highly anticipated offerings, such as Scott Barley's The Sea Behind Her Head or Daniel & Clara's Plot Points. 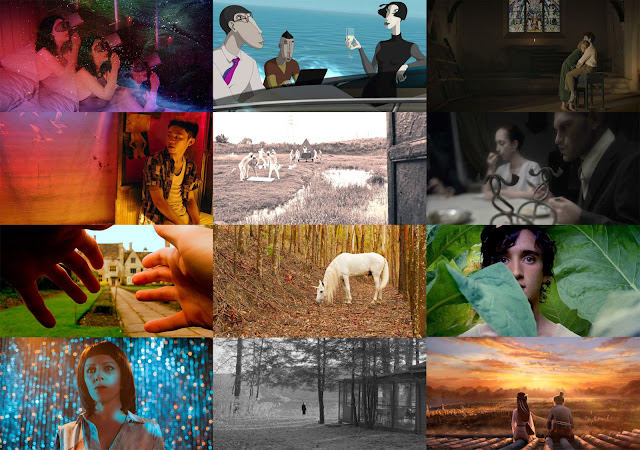 (My aplogies for cropping some of the stills to fit into this collage.)
Објавио Nikola Gocić у 9:35 PM