Left or right?
Père ou peur?
Black or white?
Man or woman?
Abstract or rational?
Quotidian or peculiar?
Universal or individual?
Emotional or intellectual?
Natural or theatrical?
Ellipsis or horizon?
Film or metafilm?
Art or life?

Opening with a couple of symmetrical takes so stoically long that they may irritate the impatient viewer to the point of giving up after the initial five or ten minutes, Antouanetta Angelidi's debut is the epitome of daring, uncompromising experimentation with both cinematic form and content. To call it unorthodox would be a severe understatement. Semantically playful and aesthetically austere, this thesis film - a manifesto-esque, politico-poetic video essay of sorts - mesmerizes with its irregular rhythms achieved through the alternation of Greek and French lines, as well as of rigid and provoking images accompanied by on-screen text and the swaying cacophony of sounds. Subtly transgressive, apart from the scene in which a black chicken is being mercilessly plucked by a bald, god(dess)-like figure, Variations on the Same Theme (originally, Idees Fixes / Dies Irae, aka Parallages sto idio thema) revels in its razor-mouthed, post-structuralist and somewhat Dada-inspired masculinization of femininity and vice versa, managing to retain its dignity even when the auteur's tongue is planted deeply in her cheek. Recommended as a double bill with Jackie Raynal's Deux fois. 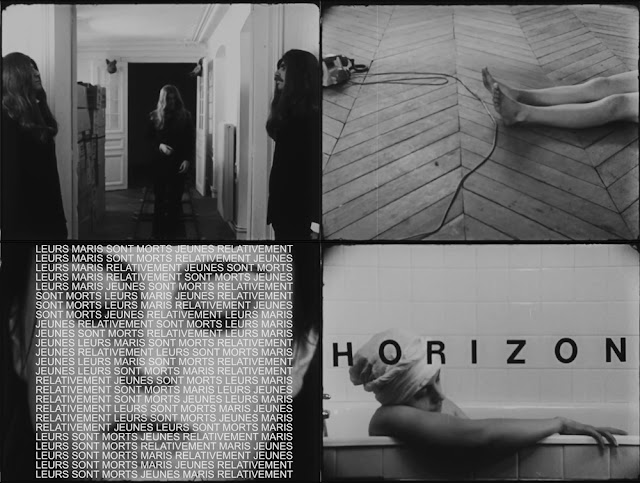