☼☼☼☼☼☼☼☼☼☼ out of 10☼
“Let me take you by the hand, away from here to another land...”
(from Put Me Down by The Cranberries) 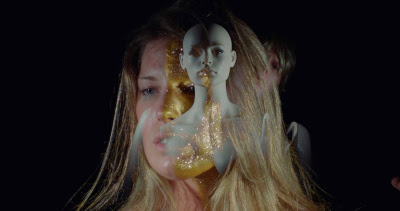 It may seem strange to begin the review of an EFS offering with the opening lyrics from one of The Cranberries’ earliest songs, but then again, why not? On the one hand, there’s the “Irish connection” between the band and the production, and on the other... well, it’s partly due to personal reasons and partly due to Rouzbeh Rashidi’s ability of invoking some unusual associations in his viewer’s mind. And besides, his works frequently take you – metaphorically speaking – to another land or rather, plunge you into another universe through a black hole where “you are not only pulled apart but also crushed from below” (Luminous Void: Experimental Film Society Documents, 2017).

The same applies to misleadingly titled Luminous Void: Docudrama – a meta-mutant-film which marks a significant milestone for both its own creator(s) and the contemporary experimental cinema. Teased with the stylized behind-the-scene stills, it initially subverts our expectations, only to exceed them by far, as the film evolves into a beautiful, genre-defying (and genre-redefining) chimera – a light-breathing monster with a documentary-turned-neo-noir head and anachronistic period drama body sporting expressionist wings, bizarre avant-horror scales and a stingy tail of an erotic, occult fantasy. However, this phantasmagorical description doesn’t do any justice to a unique (ineffable?) experience of watching it, all the while wondering if there was an alien or Raúl Ruiz’s restless spirit involved in its conception. So, it comes as no surprise that the film is dedicated to none other than the late Chilean master director.

But, make no mistake – despite many homages and references, as well as the priceless contributions by other EFS auteurs, LV:D is as idiosyncratic as it gets; “a mysterious object drifting in the void of deep space”, with “both the filmmaker and the audience as satellites floating around this strange entity, trying to decipher it in their own way”, as Rashidi himself notes in the abovementioned book. A new culmination of his practice, it appears to be a condensation of the Homo Sapiens Project and the logical continuation of a revolution that started with Trailers and has kept gaining momentum, pushing the boundaries of what one considers a piece of the seventh art should be.

Similarly to its predecessors, it acts as a medium between our world and the domain ruled by the specters of cinema; it is a session during which the ghosts of many film pioneers are simultaneously invoked, celebrated, communicated with and expelled. Existing on each side of the fourth wall, it could also be interpreted as a vivid, yet impossible cosmic dream, or even dubbed Phantom Islands’ deranged twin sister who’s actually a genius hermaphrodite embodying the Ultimate Elusiveness. Delirious and oblivious to any narrative conventions, it rips the fabric of time and space, imbuing its  characters with the enigma(s) of the Luminous Void, while turning them into arcane symbols which are meticulously woven into the lavish audio-visual tapestry. Replete with oneiric superimpositions, daring juxtapositions, unapologetic format changes and incessantly transmogrifying soundscapes, it comes dangerously close to perfection.

Transcendentally orgasmic, in equal measures abstract and organic, this performative docudrama burns brightly with passion and eventually becomes passion itself – an impressive result of having modus vivendi and modus operandi tightly knit. 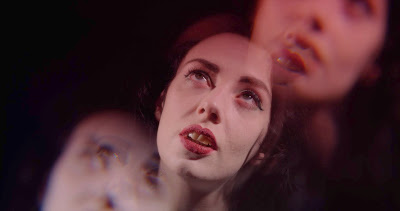