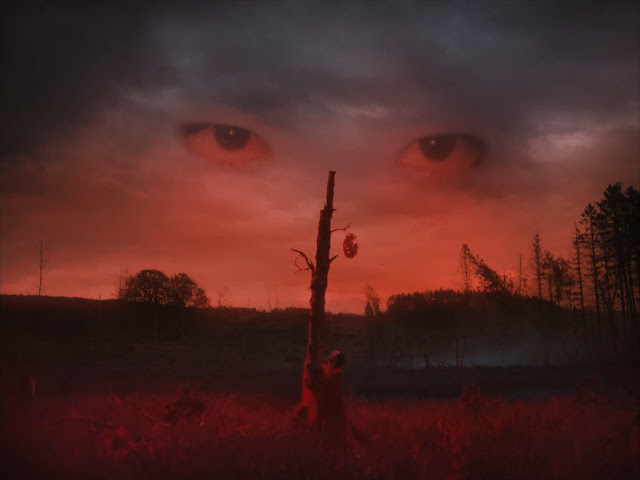 Zhang + Knight (the moniker of Linden Feng and Hannah Palumbo) emerge from the world of music videos most of which share the exceptional art direction. Prime example of their talents is Projector - a loving homage to both Hopper and Turrell created in collaboration with the Irish musician EDEN (Jonathon Ng) who provided a brooding score for their short Sweep Away Hungry Ghosts. At its core is an off-kilter and dialogue-free ghost story that revolves around a young man (portrayed with gentle humility by Takuro Hama Cheung) who 'struggles to come to terms with his deceased father's transvestitism'. The contrasting themes of traditional Chinese filial piety and shifting gender roles are tightly and skillfully interwoven into the soft tapestry of the moody, deliberately paced narrative imbued with a sense of mystery.

Gorgeously shot in a boxy aspect ratio by Ruben Woodin Dechamps, this stunning little film reflects Zhang's unfulfilled desire to become a classical oil painter in virtually every frame, whereby Knight's dream of an opera singer career can be sensed in the unhinged, delightfully theatrical performance by Ken Mai who embodies the father's ghost. Meticulous visual compositions of deep shadows bring to mind many masters of cinema, from Yimou Zhang to David Lynch to Takashi Miike, yet they come off as fresh, not to mention awe-inspiring in their delicate beauty. Dominated by fiery reds which blur the boundaries between the living and the dead, they make you yearn for more, so the up-and-coming duo of Zhang + Knight is one to keep an eye on.

During the 17 minutes of his short What Did Jack Do? which premiered in Paris three years ago and was recently released on Netflix, David Lynch redefines the 'monkey business' phrase as the activity that marries silliness to first-class filmmaking, and neo-noir to surreal comedy. Casting a stylishly dressed Capuchin as a murder suspect, Jack (of many trades, one of them being a plastic bag specialist), and himself as a hard-boiled, heavy-smoking detective who may be Gordon Cole of a parallel universe, he turns the cinema's most enduring cliché - a police interrogation scene - into an absurdist battle of wits that is simultaneously unsettling and hilarious. The reason thereof lies not only in Jack's human mouth overlaid on his adorable face in a distracting, outdated-VFX fashion, but also in the lines coming out of the very same gob, carried on a distorted voice most probably owned by Lynch himself. (Not to mention the vintage-esque song our little perpetrator bursts into during the procedural's climax!)

Set on a train station 'crawling with hungry passengers and cops', as we are informed by a waitress (Emily Stofle) who brings a cup of black coffee (which the director is obsessed with), the film boasts some delightfully moody B&W cinematography (kudos to Scott Ressler), as well as the austere 'industrial' production design that couldn't get more Lynchian. The complete absence of music until the aforementioned interlude that, by the way, is dedicated to a hen named Toototabon, creates the atmosphere of palpable, yet illogical tension akin to an irksome dream you don't want to end. And once it does, you're left with many questions that need no answers, not even when a red herring becomes a red rabbit... 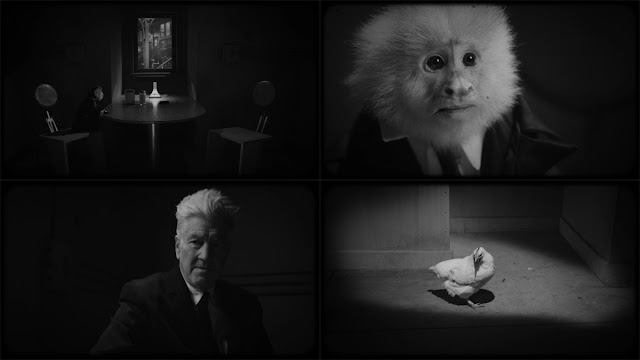 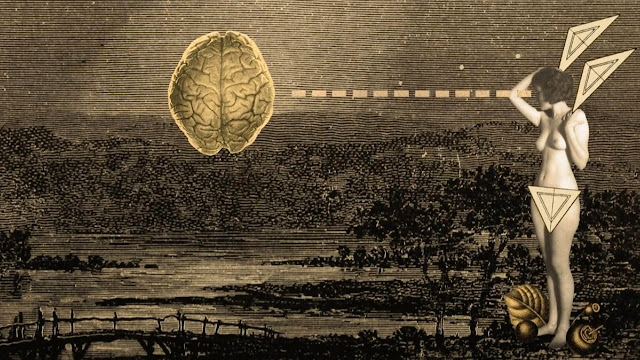 In an Elysian universe, the twisted geometry of archetypes breaks the third rule of the Word, and the Image emerges from the purity of Nothingness. 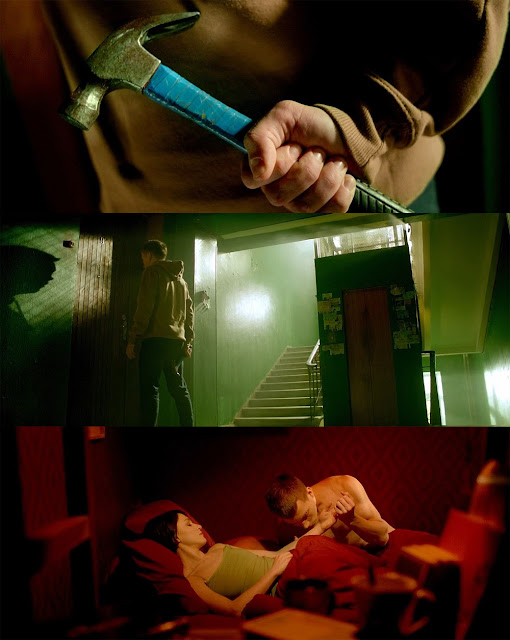 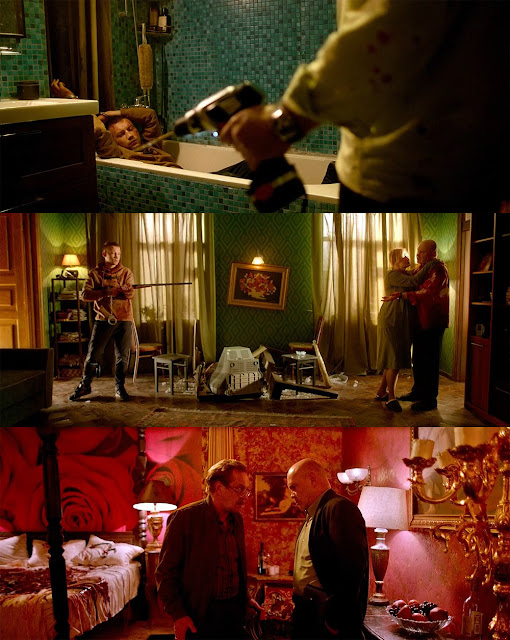 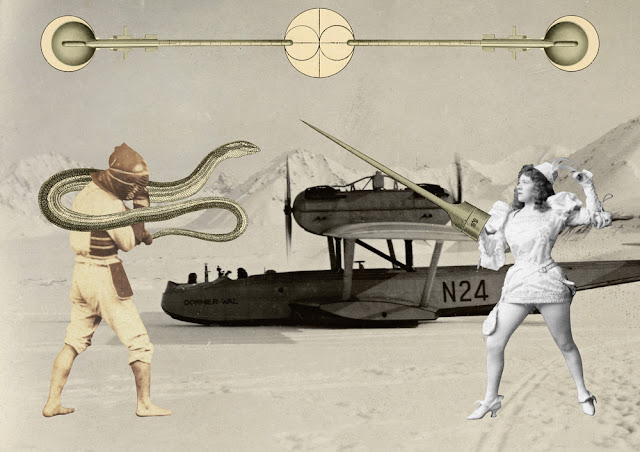 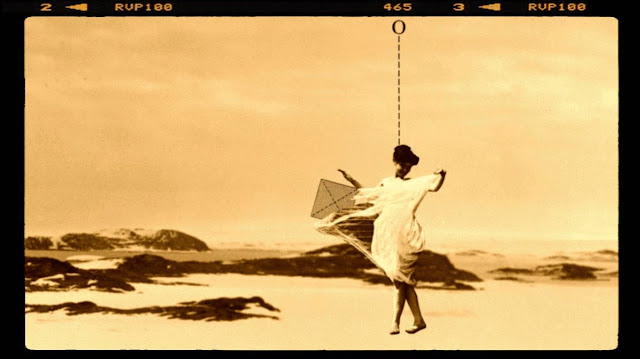 Once again, I turn to Mubridge's locomotion experiments in order to bring some of my collage artwork to life. EZGIF converter which I used to turn images into animation offers sepia filter, so I just couldn't resist to make an old movie-like version of this simple piece. Both videos are set to play on loop. Enjoy!

By popular demand, I present my first stab at collage animation! The Escaping Thought borrows from Eadweard Muybridge's Man ascending stairs (1884-85) and burrows into the subconscious from where it brings a bare dream and a puzzling dichotomy.

Towards the Sleep of the Last Number

After Comrade G slew the Dragon and pulled out its sweet tongue, there was no equality left in the crystal heart of Princess Finesse. The weary hero asked for her hand, but she only handed him a smile, a glow from her left eye and a whisper of the wind rushing through her hair. All of the sudden, the motionless body of the Beast melted, and the infinite field of inverted teardrops surrounded the couple. In every single tear, a blue caterpillar of pristine pleasure was sleeping, and deep within each larva, an embryo of Void was concealed... 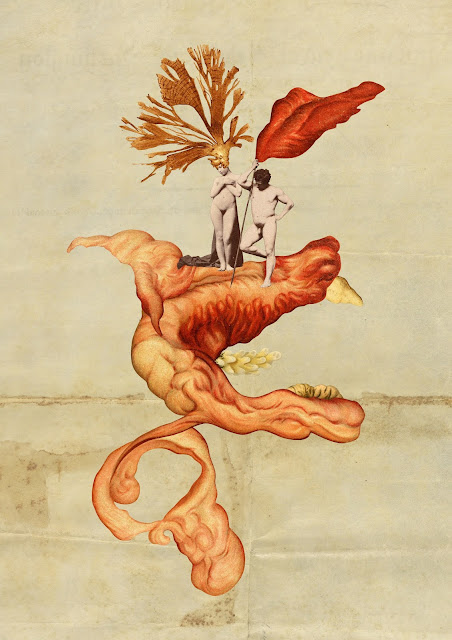 On the Outskirts of Oblivion

The first pear was injected with the poison of his inner scars, the second one smelled like the illusion of flawlessness. His loyal mare was already exhausted and his helmet couldn’t absorb more that a single dream per thought. Nothingness had devoured the crumbs of his memories, plunging him into a vast, bottomless sea of uncertainty. It was in the last re-configuration of the truth that he glimpsed the sign, ostensibly small and shimmering one, yet larger than his miserable life, and darker than the pupil of the universe. Although the chilly breeze of the 13th month was caressing his skin, he was basking in the warmth of a headless riddle... 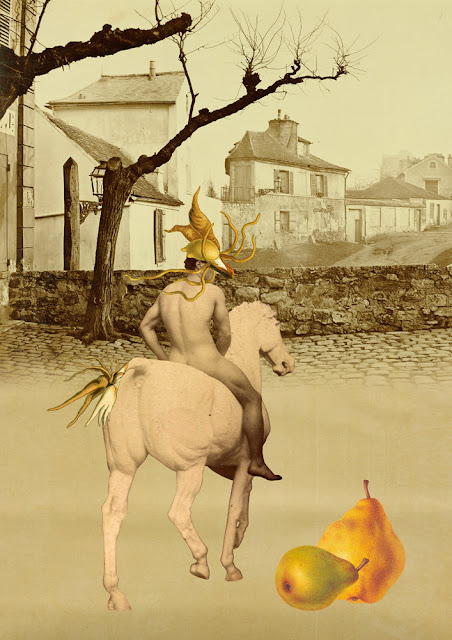 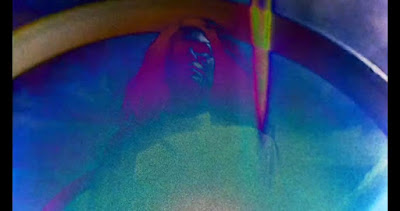