A bold amalgamation of slow cinema, simmering satire and pulptastic weirdness which involves sadomasochistic games, alien communication and kids' glasses with a flashy frame (that occupy the central position on the official poster for a good reason), Prabda Yoon's oblique, highly ambitious directorial debut shoots for style over substance and occasionally gets lost in own deliberate ambiguousness and sci-fi shenanigans, yet it incessantly fascinates with its lingering, meticulously framed shots of Anderson-esque pastels and lurid, neonized palette from recent Refn's offerings, as well as with Paint it Black (then watch it dry) sequences and edgy, Kubrickian use of classical music. Motel Mist definitely ain't your average revenge thriller and 'owls are not what they seem'. 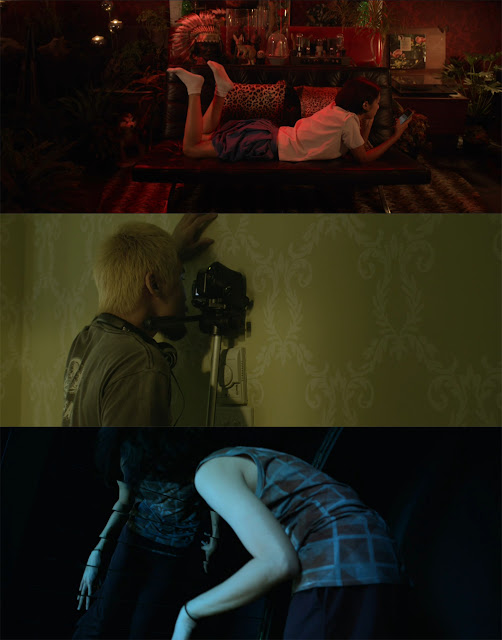