☼☼☼☼☼☼☼☼(☼) out of 10☼
The expression 'boys will be boys' gets a whole new meaning in Bertrand Mandico's provoking feature debut which has five young and androgynous actresses portraying titular (anti)heroes. Brilliantly cast, Pauline Lorillard, Vimala Pons, Diane Rouxel, Anaël Snoek and Mathilde Warnier appear to have a whale of a time in the uninhibited roles of upper-class male adolescents whose heinous crime triggers a life-transforming adventure.

A private, ritual-esque performance of Macbeth turns into an orgy and ends in accidental murder of a beloved literature teacher (Nathalie Richard), with the culprits convicted at a 'simulacrum of a trial where they all lie wonderfully'. Initially separated, they are brought together when their rich families invite a Dutchman named 'The Captain' (Sam Louwyck) to execute the punishment. Claiming that he can 'transform any violent boy into a civilized and docile being', this mysterious man takes the 'erudite at will, but barbarian' brats to serve him on his dilapidated ship, as the story gradually becomes more bizarre and surreal, especially when they reach their port of call.

On a magical, paradise-like island where the crew lands, we encounter Dr Séverin(e) (Mandico's muse Elina Löwensohn, at the top of her game) whose secret is in correspondence with the film's gender-bending, politically incorrect, no-holds-barred properties. Without revealing any of the sticky, delightfully decadent and disturbingly erotic details, let's just say that The Wild Boys plays out like a twisted adaptation of The Lord of the Flies that has been influenced by Burroughs's writings, Classic Hollywood, La Nouvelle Vague, as well as by the transgressive works of Walerian Borowczyk and David Cronenberg. This bold, highly referential, somewhat paradoxical phantasmagoria fueled by irony and tongue-in-cheek wit also brings the names of Raúl Ruiz and Guy Maddin to mind, yet the peculiar world in which it's set strikes us as pretty idiosyncratic, not to mention unforgettable.

What makes it so immersive are its dirty, sweaty, gooey atmosphere and highly stylized visuals which comes as no surprise considering Mandico's short offerings such as Boro in the Box and Our Lady of Hormones. Boasting the unmistakable art direction, refreshingly 'quaint' in-camera and practical effects, as well as the exquisite black and white cinematography with occasional splashes of sultry, saturated colors à la Pink Narcissus, the film provides us with some sweet aural nectar and spicy brain snacks as well. 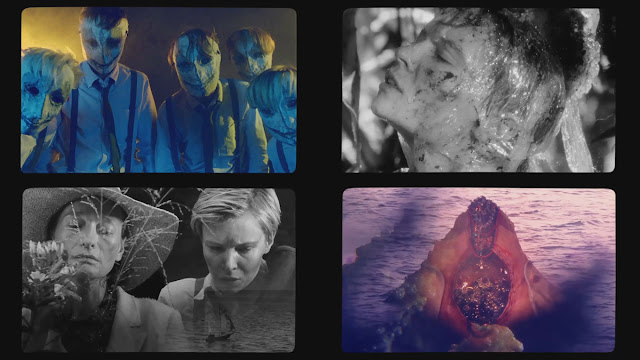