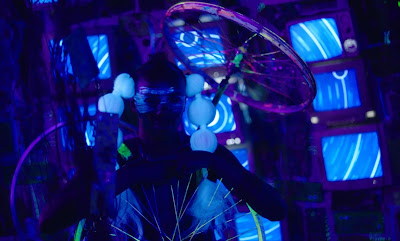 Cinema is not dead – it is alive and rejuvenated in the first collaborative effort of Anisia Uzeyman and Saul Williams. A strong contender for the coolest film of the year, Neptune Frost is a strong, marvelous piece of Afrofuturism, bold in its anti-establishment attitude, thematic richness and heightened lyricism. Anchored in creative visuals bursting with colors, and quirky, oft-cryptic dialogue that hacks your subconsciousness, this off-kilter sci-fi musical possesses the qualities of a shamanistic ritual and appears as if it belongs to another dimension, partly due to the electrifying fusion of ethereal trip-hop and rebellious tribal music. Its narrative – about the union between escaped coltan miners and techno-spiritual resistance movement – flows like a glitchy dream which strives to invoke primordial African spirit.
2. The Timekeepers of Eternity (Aristotelis Maragkos, 2021) 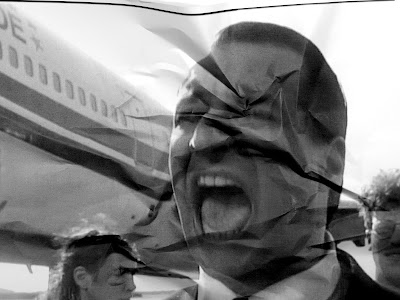 An experimental re-imagination (and significant condensation!) of 1995 TV mini-series The Langoliers, The Timekeepers of Eternity utilizes laborious collage / stop-motion animation of previously scanned and printed frames to mesmerizing effect. This ‘found footage’ technique – also wonderfully exemplified by artist Anna Malina – does wonders in deepening the mystery and increasing tension by way of meta-trickery, simultaneously reflecting the antagonist Mr Toomey’s (memorable Bronson Pinchot) obsession with paper strips, and his mental breakdown that becomes central to the plot. As the imagery quivers and wrinkles, and gets perforated to reveal hidden layers in a tactile B&W reality, Pinchot’s terrific scenery-chewing or rather, scenery-tearing superbly complements the film’s materiality. Another advantage of this recontextualization – more imaginative than the original work – is the replacement of awfully outdated CGI creatures with retro, yet timeless practical effects which emphasize the power of something as simple as paper.
3. Nippon no akuryo / Evil Spirits of Japan (Kazuo Kuroki, 1970) 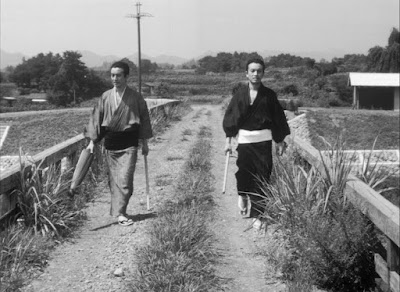 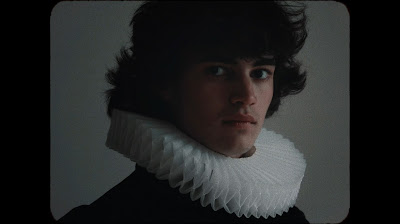 Preceded by a series of provocative (queer) shorts, such as Carne (The Flesh, 2010), Boa Noite Cinderela (Goodnight, Cinderella, 2014) and Coelho Mau (Bad Bunny, 2017), Serpentarius comes across as an (attractive) anomaly in the director’s career. A meditative autobiographical essay that crosses the genre-boundaries with great ease, Carlos Conceição’s feature-length debut introduces the viewer to some stunning locations of Angola and Namibia, turning them into the (imposing) characters in their own right. A simple story of a young man searching for the ghost of his mother (and a parrot she left behind for him) in Africa becomes a post-apocalyptic tone poem, in equal measures mesmerizing and deeply melancholic. Guiding us through desolate landscapes – reminders of nature’s beauty and cruelty, as well as through the protagonist’s mind are poetic voice-over musings on the wide variety of topics including colonialism, human condition, the prospects of future, and reconciliation with death. Accompanied by eclectic score which fuses everything from tribal drums to psychedelic electronica to solemn classical tunes to ambient noises (or rather silences), the softly spoken words bring forth a radiant aural cocoon in which the breathtaking (and predominantly analog?) images are gently layered.
5. Cynga (Leszek Wosiewicz, 1991) 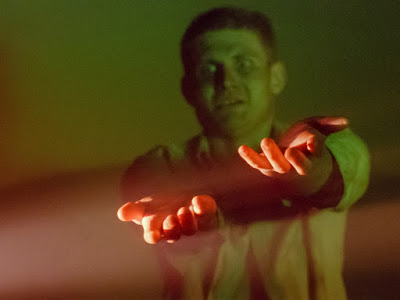 Caught on the Polish-Ukranian border and suspected of espionage by NKVD, a young Varsovian, Andrzej (the bold, magnificent debut for Tomasz Lysiak) ends up in a Siberian camp where he spends most of the war as an inmate of a makeshift psychiatric hospital. In a dense, claustrophobic, inescapable atmosphere of totalitarian violence, both mental and physical, his descent into madness and slow journey back to sanity are starkly depicted as a grotesque, yet deeply immersive nightmare pierced by black humor and ‘alleviated’ by sparse moments of oneiric beauty one of which is a loving homage to the levitating scene from Tarkovsky’s Mirror. Assisting Leszek Wosiewicz in bringing the adapted screenplay to (disturbing, yet fascinating) life are Krzysztof Ptak’s attention-grabbing cinematography, and Henryk Kuźniak’s whimsically melancholic score, as well as sequences composed of archival footage.
You can watch the film (with English subtitles) HERE.
6. Licem u lice / Face to Face (Branko Bauer, 1963) 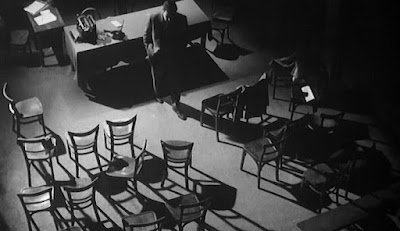 Some animals have always been more equal than others, but there was a time when hard-working critters could raise their voices together against a high-handed beast, with the prospects of optimism guiding them on the way. Branko Bauer’s political drama points at many irregularities of self-governing socialism, caused by both human weaknesses and disparity between the theory and practice, all the while being grounded in extraordinary performances and nuanced characterization of the construction company employees stuck at a seemingly endless council meeting. Cinematographer Branko Blažina makes the most out of a very limited setting, imbuing the proceedings with noirish vibes intensified by internal monologues and Branimir Sakač’s unobtrusive score. Often compared to Sidney Lumet’s 12 Angry Men, Face to Face is an intriguing predecessor to the Yugoslav Black Wave.
7. Le roi danse / The King Is Dancing (Gérard Corbiau, 2000) 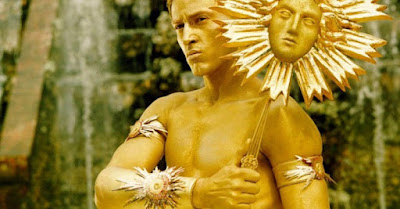 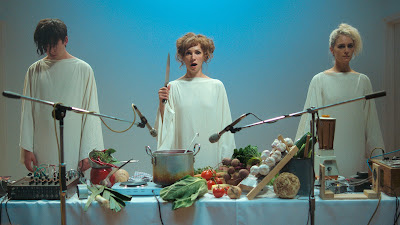 Directing as if high on a hybrid concentrate of Eurotrash, Giallo and Greek Weird Wave, Peter Strickland delivers a wry, deliberately silly dark/deadpan comedy grounded in superb performances from an entire cast – led by the director’s muse Fatma Mohamed – portraying highly eccentric, skillfully caricatured characters. Told from the perspective of a funny, slightly incompetent little man suffering gastrointestinal issues, this self-ironic and self-referential satire of performance art laces fart jokes with subtlety and dresses scatological provocation with smooth style. Entirely set in a villa posing as a place of residence for a three-member band of ‘sonic caterers’, Flux Gourmet takes the most of the setting limitations and provides some memorable imagery, particularly during the dreamily erotic ‘audience tribute’ sequences, accompanied by some strong aural stimuli marked by the author’s sound fetishism.
9. Bubble (Tetsurō Araki, 2022) 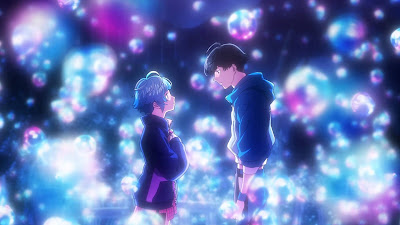 Mind-blowing, gravity-defying parkour action meets a bold re-imagination of The Little Mermaid in a post-apocalyptic fantasy which boasts jaw-droppingly beautiful animation, as it fizzes with youthful energy and poppy tunes. Although its story and characters rarely burst the generic bubble, so to say, there’s a warm emotional core to be found underneath the glossy, brightly colored surface, and it is embodied in the quirky, non-human, yet most humane heroine, Uta (literally, Song).
10. Do widzenia, do jutra... / Good Bye, Till Tomorrow (Janusz Morgenstern, 1960)
Janusz Morgenstern’s debut is a lovely, New Wave-ish, if a a bit cliché story of fleeting love wonderfully shot in stark B&W and elevated by cool jazz score, some delightful Gdańsk locations and a protagonist’s experimental theater background. Leads Teresa Tuszynska (absolutely magnetic!) and Zbigniew Cybulski (of Ashes and Diamonds fame) have sweet chemistry, so the whimsical romance between their characters sparkles like stars in the sultry summer night. A faintly dreamy quality of the film can be attributed to the unreliable narrator.
You can watch the film (with English subtitles) HERE.
11. Bunker palace hôtel (Enki Bilal, 1989) 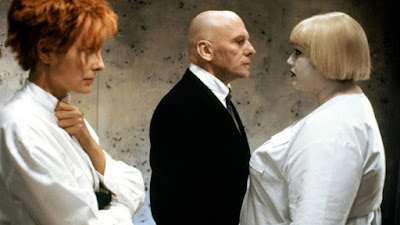 Starring red-and-short-haired Carole Bouquet of That Obscure Object of Desire fame, and recently deceased Jean-Louis Trintignant (completely bald, playing mysterious and ominous Mr. Holm), Enki Bilal’s directorial debut eschews both story and characterization in favor of dense atmosphere, hyper-stylized visuals and sheer quirkiness that involves an imaginary language. Filmed in Belgrade, it features a bunch of then Yugoslavian actors, from Mira Furlan to Dragomir Felba, in supporting roles of big shots hiding from acid rain and a burgeoning revolution, in the titular Bunker Palace Hotel. This place – appearing as a microcosm of a country that would soon fall apart – is serviced by malfunctioning androids allowing some slight comic relief in a bleak dystopian setting clearly inspired by imposing Brutalist aesthetics of the socialist era. And the minimized action or rather stasis that outlines the spy thriller-like proceedings creates ever-increasing tension eventually manifesting in a physical space, through the crumbling walls, and black liquid flowing out of the faucets. The accelerated decay of the underground edifice also reflects the mental and emotional states of the (unsympathetic) group trapped in their own creation.
12. Beyond Skyline (Liam O’Donnell, 2017) 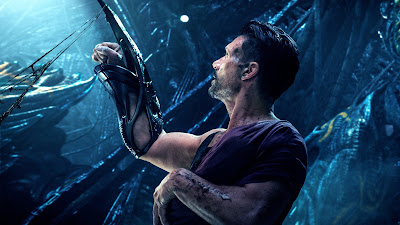 A surprisingly good direct sequel to rather clunky Skyline (2010), Beyond Skyline is a solid, B-movie genre-mashup that borrows elements from various flicks – Cloverfield, War of the Worlds, Children of Men, Independence Day, Predator, Alien and even Matrix – and successfully blends them into a fun and exciting little romp that features everything from brain-ripping to martial arts action during which one can only admire the speed at which Iko Uwais (of The Raid fame) delivers punches to crooked-legged invaders from space. Another reason for the film’s superiority over its predecessor is a more involving cast of characters led by a cool and charismatic, if archetypal hero, Mark, portrayed by Frank Grillo, as well as a welcome change of scenery from Los Angeles to Indonesia by virtue of ‘alien airlines’ – an impressively designed spaceship where gray matter is cropped and fast-growing, partly alien babies are born. Yes, there’s a lot of CGI involved, just like in many summer blockbusters, but it is almost as eye-pleasing as those jungles surrounding gorgeous Prambanan Temple in Yogyakarta, so the audience can easily surrender to their suspension of disbelief, and if needed, give it a little boost.
13. Awans / Promotion (Janusz Zaorski, 1975) 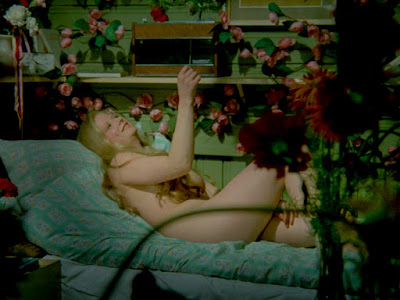 Tradition and superstition clash with modernization and academicism in an anti-capitalist satire directed with verve and good sense of humor targeted at both the reactionary forces and the prophets of progress. Zaorski elicits great performances from his cast and creates some authentic characters whom the non-Slav viewers may find quite exotic. A lighthearted, yet intriguing film.
You can watch the film (with English subtitles) HERE.
Објавио Nikola Gocić у 11:33 AM No comments:

What happens when you’re a cinephile / analog film festival curator, and you come across a Vimeo channel hosting in-camera-edited shorts shot on a single Super 8 cartridge? Well, you end up watching 30 3-minute films, and admiring the diversity and the power of DIY creativity at display. Often evoking the spirit of the past, available on the Straight 8 menu are absurd comedies, stop-motion animations, introspective, diary-like tone poems, queer and ecologically conscious fantasies, parodies of Street Fighter and video nasty trailers, a witchy homage to silent cinema, an alien-in-human-body’s meditation on the rigidity of human architecture, and even a sort of a mockumentary about one girl’s correspondence with Vincent Gallo. Hereafter, you’ll find the stills from 13 of my favorites produced between 2007 and 2022, and accompanied by video links (just click on the titles). Enjoy!

I will also take the opportunity to invite celluloid-lovin' filmmakers to submit their latest creations to the 4th edition of Kinoskop - international festival of analog experimental cinema. 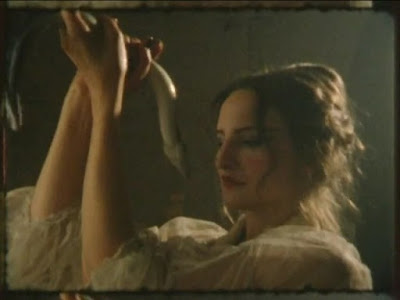 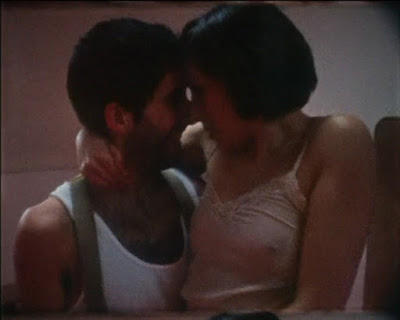 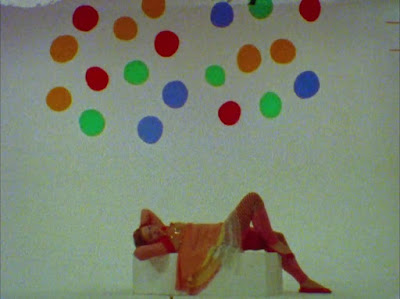 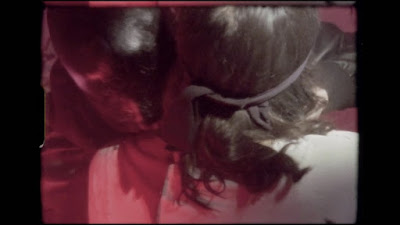 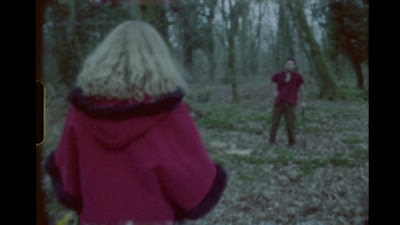 Into the Mist (Benjamin Scrimgeour and Orban Wallace, 2017) 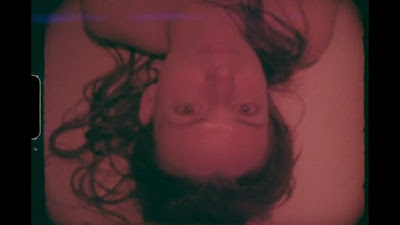 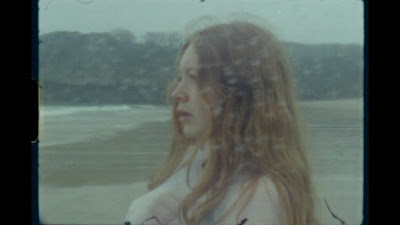 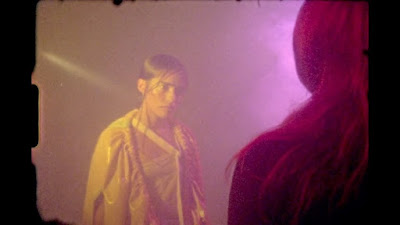 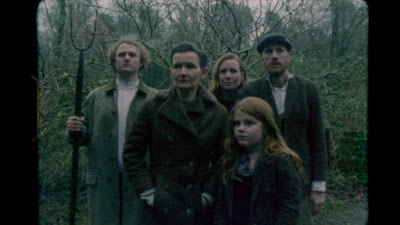 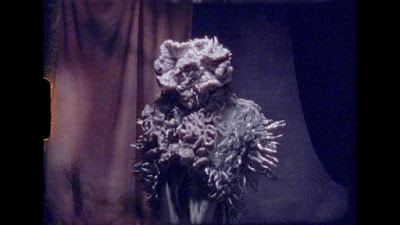 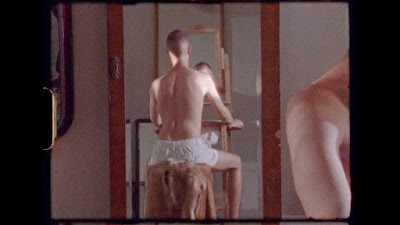 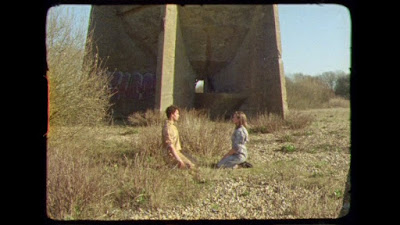 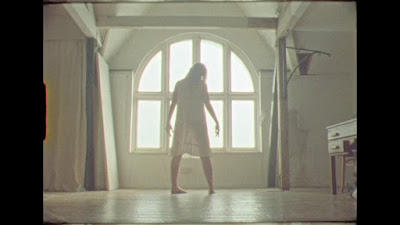