This November was marked by intense preparations for the second edition of Kinoskop, yet I managed to see twentysomething features (and be disappointed by most of the recent offerings), and approx. 100 shorts, a good number of which were screened at online editions of North Bellarine and Fonlad film festivals. The following lists are presented in chrono-alphabetical order.
FEATURES 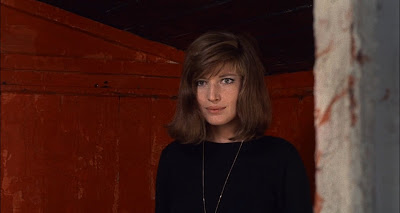 1. Red Desert (Michelangelo Antonioni, 1964) - In Antonioni’s stark psychological drama, Monica Vitti gives a subtly affected, strangely magnetic portrayal of a woman spiraling down into madness, with a fascinating mise-en-scène acting as an extension of her vacillating mind, and pulling the viewer ever deeper into her crumbling world. The boldly used colors and gloomy industrial setting complement each other in an almost surreal fashion...
2. Witchhammer (Otakar Vávra, 1970) - Nothing short of an uncompromising, awe-inspiring masterpiece, Witchhammer boasts superb direction, brilliant screenplay and bravura performances (particularly by Vladimír Smeral as a slimy inquisitor), brims with great allegorical potential and fiercely strikes with its bleak, unfading relevance, and on top of that, it completely absorbs you with its oppressive atmosphere of growing paranoia achieved through a carefully measured pacing, stunningly beautiful visuals of minimal camera movement and brooding music score that evokes the sense of despair and impending doom. This period piece is by no means an enjoyable watch, given the subject matter and all the themes explored, but it is one that leaves a deep, lasting impression.
3. His Motorbike, Her Island (Nobuhiko Ōbayashi, 1986) - Although tinged with nostalgia and inhabited with ghosts of memories, His Motorbike, Her Island appears like an invigorating portrait of temperamental youth, as well as a jovial ode to bikers subculture oft-filtered through the prism of punkish chivalry. Subtly stylized, seasoned with some nudity (that comes across as natural rather than exploitative) and brimming with infectious energy, this tongue-in-cheek melodrama plays out in a dreamlike reality reflected in a playful collision between the monochrome and color imagery. The highly attractive leads – Riki Takeuchi in his big-screen debut, and Kiwako Harada in her sophomore role – both shine in their portrayals of two sympathetic characters, Koh and Miyoko, who seek to scatter their ennui in the wind, eventually becoming inseparable from it...
4. The Bigmoon Nights (Dmitri Frolov, 1989-1993) - a mind-altering cine-delirium that defies any attempt at categorizarion. It has to be seen to be believed (click on the title). 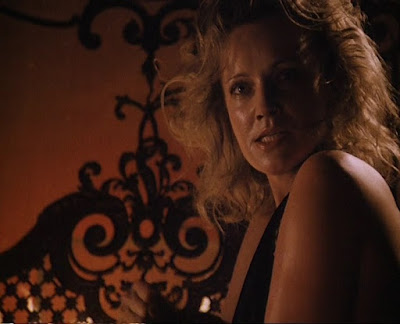 5. Farewell to Autumn (Mariusz Treliński, 1990) - Based on the novel of the same name by Stanisław Ignacy Witkiewicz – eccentric Polish philosopher and multidisciplinary artist, as well as ‘extravagant dandy, erotomaniac and Adolf Hitler impersonator’, as we’re informed in the film’s opening – Farewell to Autumn is a bizarre cinematic equivalent of a feverish dream, one that often makes you disoriented while pulling you in ever-deeper. Part (anti)romantic / historical drama and part philosophical meditation on the decline of bourgeois culture, communism, death and whatnot, it appears like an unruly, yet infinitely charming love child of Chytilová and Żuławski (or maybe Makavejev?). Its sudden mood swings, delirious rhythms, and decadent beauty that is best reflected during the orgiastic wedding party eventually crashed by the revolutionaries are integral to its brazen seductiveness.
6. Anchoress (Chris Newby, 1993) - Anchoress is, hands down, one of the most incredibly gorgeous period pieces that my eyes have had the honor to feast upon! It is an incessant, overwhelming stream of stunning tableaux vivants that reach the deepest layers of the subconscious mind, and it is also one of those films that rekindle my love for cinema right from the get go. If I had to draw comparisons, I’d mention the likes of Bergman, Vláčil and Tarkovsky. I’m awestruck by its magic...
7. Planet of the Cannibals (Hans-Christoph Blumenberg, 2001) - Made on a modest budget, but directed with gusto (and a tongue deeply planted in cheek), and beautifully captured in noirish, high contrast B&W, Planet of the Cannibals is a witty sci-fi satire (set in 2020!) that pokes fun at mass media, conspiracy theories, fascist governments and B-movies to which it simultaneously pays a loving homage. Involving a deadly TV quiz, a live talk-show with a Hannibal Lector-like superstar and aliens integrated into human society, the film runs at brisk pace, and brings a few twists and turns along the way, all for a delightfully weird viewing experience. A superb ensemble of actors lends gravitas to its quirky cast of comic-book-inspired characters, with a special appearance by filmmaker Fatih Akin in the role of a nicotine-dealer, Mr. Dark.
8. Minotaur (Zulfikar Filandra, 2020) - Co-produced by Experimental Film Society, Dublin, and Kolumbija, Sarajevo, Minotaur is a bold, playful (or rather, puckish) and deeply personal feature debut from young Bosnian filmmaker Zulfikar Filandra. Part fragmented self-portrait (selfilm) and part meditation on life’s evanescent beauty, this peculiar docudrama is an ever-mutating collage of author’s home movies shot on various formats. Edited into a singular entity – a memory-labyrinth of which Filandra is not only the builder, but the monster and the hero as well – these moving images serve as reminders that poetry in its raw form can be found (and captured) in the mundane, whether you’re alone or in the company of family, a friend or a lover.
SHORTS 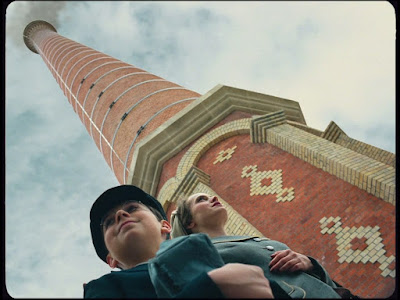 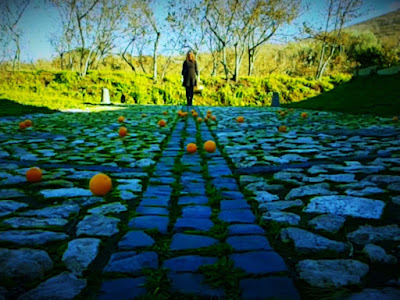