Tenemos la carne / We Are the Flesh (Emiliano Rocha Minter, 2016) 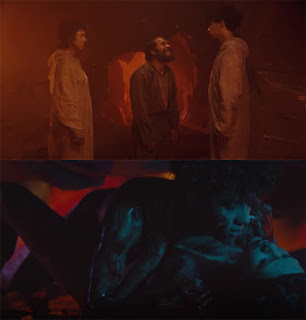 Initially, we see a crazy, middle-aged, Charles Manson-like hermit (Noé Hernández) making some sort of highly inflammable booze, drawing eggs from a crack in a wall and viciously beating his drum, before falling to sleep. But soon, his "ivory tower" is invaded by two starving siblings, Fauna (María Evoli) and Lucio (Diego Gamaliel), who have been aimlessly wandering a town for days. They are offered food and refuge under one condition - to follow their host's rules.

So, they start building a cavernous structure inside a large room where all three of them will be reborn in the most uninhibited way possible, through a poisoning attempt, severe parting with vegetarian lifestyle, incestuous sex, lethal ejaculation, more incestuous sex, consumption of menstrual fluids, necrophilia and, eventually, cannibalism. 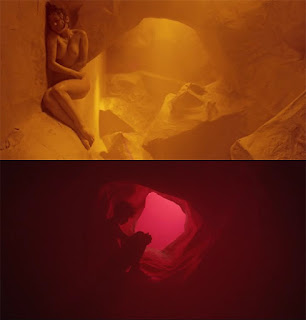 Maniacally poetic, delightfully atrocious and painfully enlightening, We Are the Flesh subverts the idea of family, freedom and humanity, while it explores the darkest recesses of our minds. By showing one of the ugliest post-apocalyptic scenarios and then, pulling the rug under our feet with a twist ending, Minter reminds us that the underbelly of the civilization is quite slimy and rife with despair behind its shiny facade.

Following in the footsteps of the world cinema's les enfants terribles, he delivers a biting, irreverent, transgressive, iconoclastic and, to a certain extent, esoteric existential satire which is memorable not only for its shocking contents, but central performances as well. Evoli's and Gamaliel's debuts are daring, but Hernández is the star of the demented show - his "antagonistic" character is simultaneously funny, creepy, wicked, imposing, lost in his own world and enigmatic to the point of (our) questioning his true origins.

Also praiseworthy are Manuela García's top-notch art direction, Yollótl Alvarado's sultry cinematography and Esteban Aldrete's suitably quirky score, especially considering their careers has just begun. And even the chaotic screenplay (written by the director himself) has some merits, when viewed through the prism of the film's disturbing nature, touchy subjects and unrestrained, almost demonic energy. 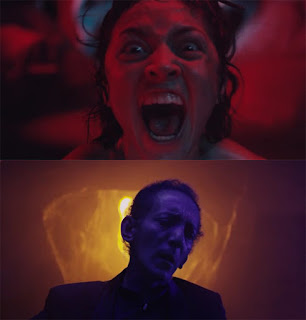