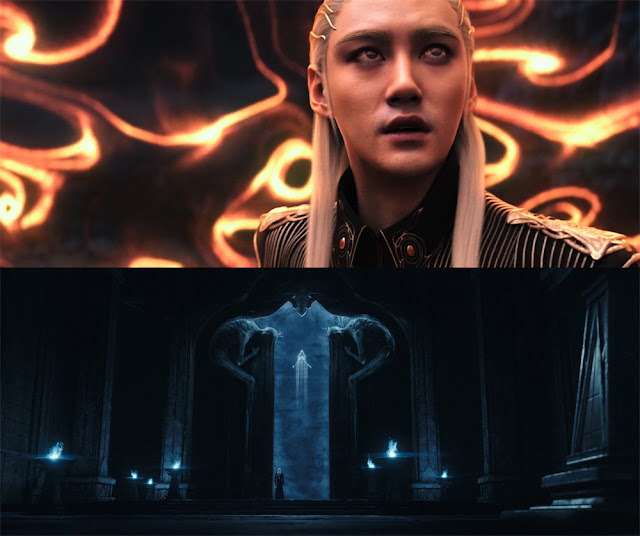 The continuation of L.O.R.D. saga by controversial young adult writer and pop idol turned director Jingming Guo marks a major milestone in the animation industry of mainland China. Striving to take your breath away with state-of-the-art CGI and over-the-top action sequences, Legend of Ravaging Dynasties 2 is a vast improvement in comparison to its predecessor in terms of both visuals and story whose ostensibly esoteric, convoluted nature poses no obstacle in the way of sheer enjoyment.

Drawing inspiration from various, oft-disparate sources, ranging from Chinese and other mythologies, to several centuries of European architecture, to wuxia and Yimou Zhang's historical spectacles, to Giger's and Beksiński's artwork, to Final Fantasy and Fate/Stay Night franchises, this extremely high gothic fantasy is first and foremost a deliciously fancy feast for the eyes. Its infinitely immersive world of wild magic, unbelievably handsome people and soul behemoths is replete with gorgeous medieval cities, sumptuous Versailles-like castles, seemingly inescapable labyrinthine ruins and bottomless oceans that act as portals to rocky wastelands and abandoned temples. And let's not forget a secret lake of blood inhabited by a slimy, Brobdingnagian triton that would give Guillermo del Toro a run for his money. To say that the attention to detail is awe-inspiring would be a severe understatement, because everything from a lacy, transparent nightgown of lovely princess Tianshu You Hua to splashes of water transforming into killer icicles during the final battle is jaw-droppingly gorgeous! 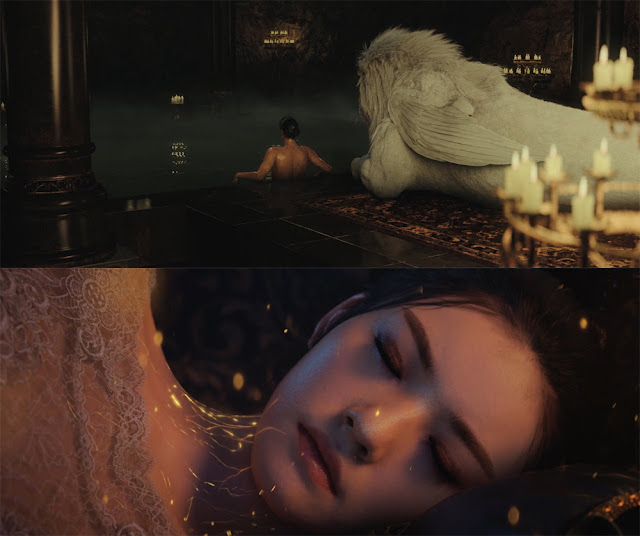 Speaking of battles, L.O.R.D. 2 is densely packed with elaborate, grandiloquent, gravity-defying set pieces of martial arts and swordplay extravaganza reaching almost poetic heights, despite their undeniable similarity to video game cut-scenes (which, by the way, have been increasingly cinematic in recent years). One particularly impressive sequence involves a flock of dragons and some mind-blowing aerial acrobatics accompanied by a pounding rock number followed by an operatic composition that elevates the grandeur of the proceedings. Eclectically epic in scope, the original score by Taku Iwasaki is perfectly matched to dazzling imagery in any given moment, whether the moment requires string-laden melodramatics or modern metal grinding.

As you might've already figured, Guo's film is all style over substance or rather style as substance, given that the narrative and the character development are of secondary importance. At its core, it is a good vs. evil fable with plenty of baroque flourishes which turn it into a larger-than-life adventure of mystical proportions, and with an enigmatic Duke, Gilgamesh, who is sealed in a God-forsaken cavern posing as a plot device. To learn what's so special about him, we will probably have to wait for the third installment promised by the cliffhanger ending... 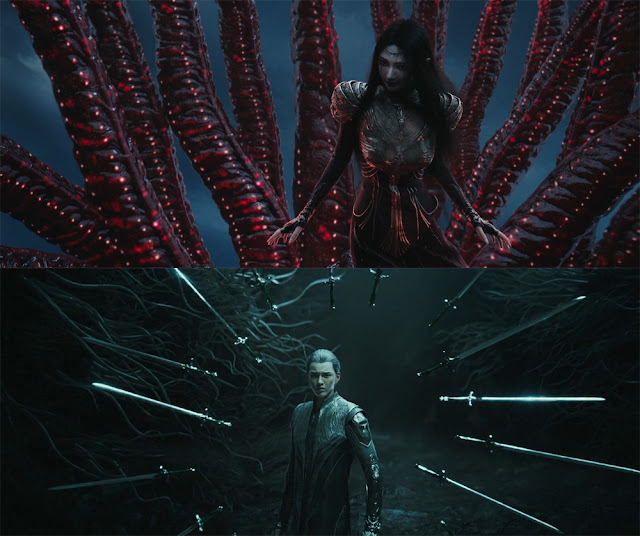