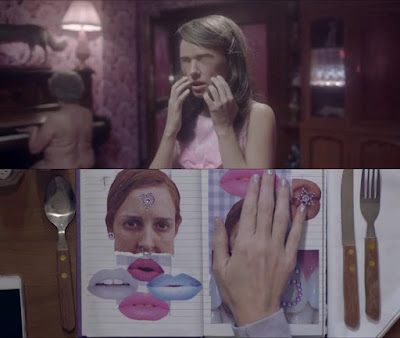 Beauty runs deeper than what our eyes can see in Eduardo Casanova's feature-length debut which many reviewers has compared to the works of John Waters and Pedro Almodóvar. Produced by none other than Álex de la Iglesia, Skins (originally, Pieles) arrives at the right moment to challenge the ever increasing superficiality of modern society, as well as our preconceptions of how we are supposed to look.

Subverting what is usually considered 'normal', the 26-yo Casanova casts physically attractive actors and actresses to play 'misshapen people' confronted with ridicule, fetishization or rejection and forced to hide in the shadows (of their cozy, hyper-stylized homes). Obsessed with high brow kitsch, he delivers a pink-tinged slice-of-life drama composed of seemingly random vignettes which are gradually, quite skillfully and, at times, even 'gimmicky' woven together into an ambivalent, bizarre, cynical, darkly witty, visually imposing and boldly inappropriate whole.
Ana Polvorosa reprises her role as Samantha from the emerging helmer's short film Eat My Shit whose title and promo poster reveal that the poor lass's digestive system is topsy-turvy as in a bad joke. For that reason, she carries a hose and a funnel instead of makeup in her purse. Macarena Gómez who portrayed a distressed and hysterical mother in Casanova's aesthetically similar 'horror-comedy' Bath Time (La hora del baño) returns as an eyeless hooker, Laura. One of her regulars is an overweight waitress Itziar (Itziar Castro) who can be very judgmental, as we are shown in her short encounter with Samantha. 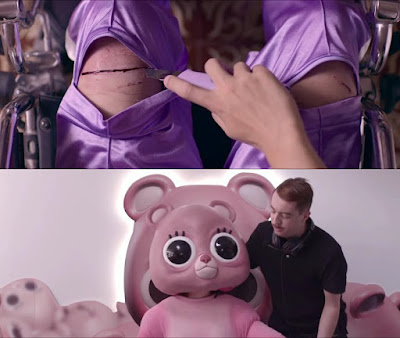 Candela Peña and Jon Kortajarena give excellent performances as a couple of lovers - a woman with a face tumor, Ana, and a third-degree burn victim, Guille, respectively. Vanesa (Ana María Ayala) suffers from achondroplasia and despises her job of posing as a (Paranoia Agent's) Maromi-like bear, Pinkoo, from a children's show. And finally, a lilac-haired adolescent, Cristian (Eloi Costa), has amputee identity disorder and dreams of becoming a mermaid.

All of these outcasts are in dire need of acceptance, even though both the world and human beings are horrible, in the words of a bare brothel madam from the prologue. But first and foremost, their young creator wants them to forget about the unicorns, figuratively speaking, and feel comfortable in their own skin, regardless of flab, scars, deformities or whatever the others think and feel. The violently rosy and decidedly artificial setting he and his art director Idoia Esteban create for them stands as a character on its own, in contrast to their unforgiving reality and shaken mental state. It also works as a surreal backdrop for the debatable story which makes the viewer feel simultaneously liberated, provoked and unsettled, wondering if it is appropriate to laugh.

Shamelessly grotesque and loaded with cult potential, Skins provides a weird experience that will surely divide the critics and audience alike. 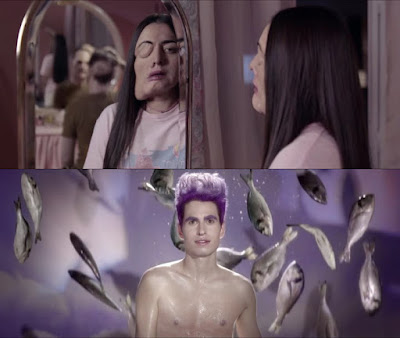