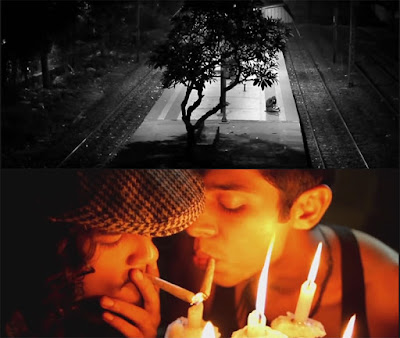 Have you ever contemplated the possibility of escaping your 'cage' and stepping into a whole new plane of existence, unaware of the dangers awaiting on the other side? That is exactly what a young hero - an unnamed prince (Soumyak Kanti DeBiswas) - experiences in Qaushiq 'Q' Mukherjee's trippy adaptation of Rabindranath Tagore's play.

Shunning the royal lifestyle, he frowns at the attention he gets from everyone around him and desperately wants to break the gilded chains and 'fly away' far from 'a staccato rhythm of conch-shells, drums and bells'. Together with his best friend, son of the Merchant (Anubrata Basu), he 'sails from the port of his mind' and arrives on an island ruled by Fascists (who look as if they were former butoh dancers disciplined by Wonderland's Queen of Hearts). Armed only with charm and smiles, he incites a revolution... 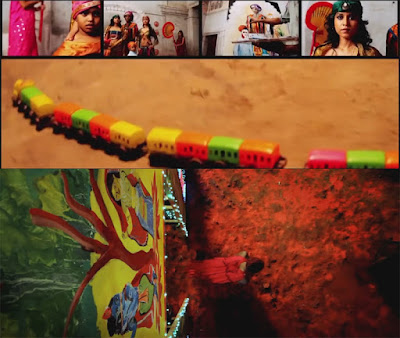 His peculiar adventure is chronicled by Storyteller (Joyraj Bhattacharya, also playing despotic Tash King) who encounters Ace of Hearts (Rii Sen) - the first card to rebel - in the alternative version of our world. As you might have already guessed, there's a 'meta' quality to this dreamy, liberating, somewhat anachronistic 'fantasy' that could be described as Tarsem meets Julie Taymour (in her Titus element) on psychedelic mushrooms sold to them by Shūji Terayama's ghost.

Probably one of the sexiest and most experimental Indian films, Tasher Desh (lit. Land of Cards) is first and foremost a fascinating exercise in high, counter-culture style or rather 'an overdose joint', as the director himself puts it in the closing credits accompanied by an upbeat song inviting you to 'let your mind break free'. When entering it, do not by any means expect a rational and coherent narrative (though all of the messages do come through very clearly), because Q is mainly interested in exploring the visuals. In doing so, he puts his trust in DoP Manuel Dacosse of Amer (and later, Evolution and Double Lover) fame, his art director Mridul Baidya and editing duo of Nikon and Rajarshi Basu who all let their imagination go wild as free, just like the characters.

Whether black and white, bursting with color, covered in 'glitches' or decorated with on-screen text, Q's imagery is hypnotizing to the point where you just stop asking yourself: "What the fuck am I watching?" As delightful as the eye-candy (reaching its zenith during the stunning Gopono Kothati sequence) is the assorted soundtrack which marries traditional to modern (electronic) music in the grooviest fashion. 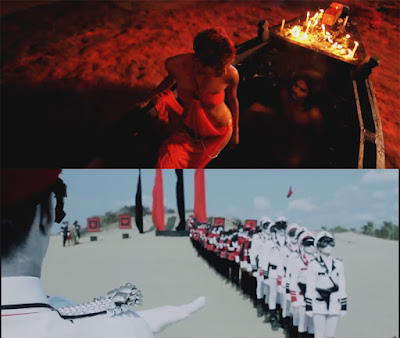