Every encounter with the work of Croatian 'cinexperimenter' Dalibor Barić feels like a wordless conversation or rather, telepathic connection with some obscure entity that frequently changes the shape of its embodiment, ever-intensifying its inscrutability. Full of surprises, whether aesthetic or (anti)narrative, he tends to plunge you into a whole new world of endless (im)possibilities, and leave you there to explore it to your heart's content. The same applies to his feature debut whose deliriously puzzling title suggests vivid and exuberant imagination at work.

Part cosmogonic neo-noir, and part metafictional tone poem subtly underscored with political/anti-capitalist subtext, Accidental Luxuriance of the Translucent Watery Rebus (hereinafter, ALTWR) can also be labeled as a deeply personal and sublimely absurd meditation on the nature of cinema, self and our place in the universe disguised as a fragmented, heavily deconstructed detective story. Following a couple of revolutionaries, Sara and Martin, as well as an inspector on their trail, the film is set in a grim dystopian society from a conspiracy theorist's worst nightmare. Structured as a 'box within a box within a box' (ad infinitum), it stubbornly refuses to divulge any answers, leaving the viewer - hypnotized and disoriented - in an inescapable labyrinth, and that's exactly where one of its alluring fortes lies. However, not all is doom and gloom (and poeto-philosophical discourse), because Barić owns a wry sense of humor that provides a few moments of relief from the mind-boggling questioning of colliding, and decomposing realities.

The sensation of watching ALTWR is best described in the language of the author's previous offerings - imagine being an amnesiac on the beach that only exists in the darkest recesses of one's brooding mind, or astronaut of featherweight faced with unknown energies and unidentified emotions, and you may get an idea of what to expect from its oneness of space and time immersed in the subconsciousness. A daring, wildly eclectic and incredibly creative amalgam of rotoscopy, collage animation and found footage, the film's eye-popping visual identity is about as idiosyncratic as it gets - like a Dada artist conjured a Godardian flick drenched in the ectoplasm of Stacey Steers's or Irena Evteeva's fantasies and Pynchonian speculations. And what makes it even more fascinating is the fact that Barić made it virtually all - including the intriguing soundtrack - by himself, assisted only by Dino Brazzoduro in the sound design department, Ivan Katić as a producer for Kaos, and several actors lending their voices to deliberately 'defaced' characters, in a stark radio-drama fashion. The diversity of shapes, colors and textures is so overwhelming that you have no choice but to let them wash over you, especially when they transform into elusive, psychedelic abstractions. A piece of huge alchemical potency, ALTWR is one of this year's most stunning experiments.

(The review is based on the screener provided by the author.) 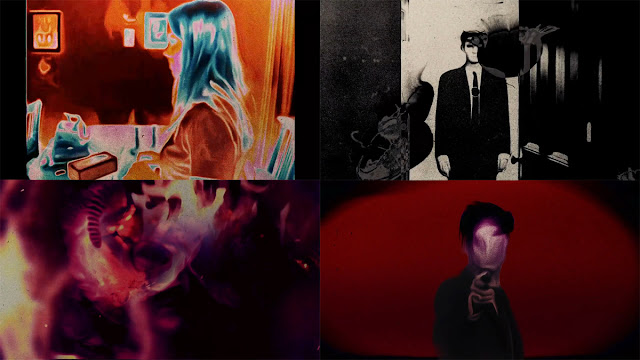