Once again, Moon Tiger takes his seat in an armchair, silently suggesting we do the same, because the lights are about to be turned off, just like in the movies, marking the beginning of another arduous inward journey or rather, its continuation. The most accessible of the bunch, the third installment in Le Cain's latest opus feels like a fractured psychological drama of an enigmatic woman portrayed by several actresses, each representing their heroine's specific state of mind.

In the opening, she is an aged lady in what appears to be a retirement home or even a hospital, because cinema is an incurable disease, especially when it comes to EFS filmmakers. It is hard to decide whether she is Moon Tiger's figment of imagination or vice-versa, but it is pretty easy to recognize her deep melancholy in the austere black & white imagery drenched in a humming noise. After she goes to sleep, we are introduced to her 'second self' (or the first of a few dream-selves?) - a mademoiselle in a bright coat who wouldn't be out of place in a Godard(ian) / New Wave-ish flick. Surrounded by concrete structures of an urban environment, she wanders and ponders, subtly externalizing her (suppressed?) emotions - at one point, she speaks with an irresistible Irish accent, and that sole instance of verbal expression fills you with warm bitter-sweetness. At her most confident, she is replaced by performance artist Vicky Langan - Le Cain's frequent collaborator who starred in his 2017 feature Inside.

The lingering shots of skies and pastures, and later, of power-lines, hotel rooms and abandoned, debris-littered places, as well as a recurring frozen frame of a nude woman in ecstasy serve as a connective tissue in this fragile, gradually mutating film-organism that sees Moon Tiger as an intruder of sorts. He can also be held responsible for the fourth wall occasionally crumbling and revealing the author's perseverance and stubborn insistence on cinema as the medium for extremely subjective exploration and solipsistic contemplation. His stream of thoughts are reflected in the gloomy, evocative, hyper-grainy visuals which hold the strangely compelling beauty of abundant desolation, evanescent in its permanence. Minimalist soundscapes of soft crackling, wind blowing, cowbells clinking and sirens wailing in the distance wonderfully complement their obfuscating charm.


Moon Tiger Movie 3 can be viewed HERE for free until September 30. 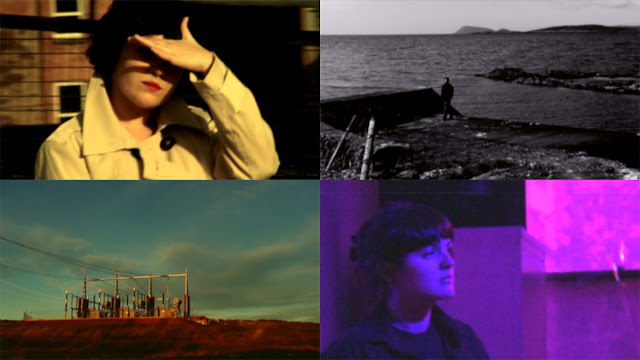