The mind-boggling culmination of Maximilian Le Cain's first two decades of filmmaking, Moon Tiger Movie is 'the electronic smudge of an inner life, the nocturnal residue of an existence half-dreamed', as the author himself describes it in his statement. The first out of its four parts opens with the titular character - Le Cain's weird and lonesome alter-ego - taking a seat in a comfy armchair, 'in order to see what he has become' (from the official synopsis). The audience are also about to discover what have become of them, while desperately trying to find their way out of the convoluted cinematic labyrinth.

Short films and impromptu sketches that have accumulated over the past years are broken into tiny pieces and re-arranged into an unsolvable VHS puzzle which appears as fragmented as its oft-undecipherable parts. Right from the get-go, the film's wildly experimental nature creates a distance between the viewer and itself, and whenever you come dangerously close to finding your own place in it, everything is suddenly covered in haze, and you're back in the state of inescapable disorientation. Your eyelids feel heavy and you're not sure whether you're still awake or already sleeping, surrounded by the ruins of the author's inland empire, to borrow the title of Lynch's 2006 feature. The images move towards themselves and on the way, they take unexpected detours, making and simultaneously breaking the rules of their irregular moving patterns, and clash against each other, evolving, dissolving, disinvolving... Their reality is of a ghostlike quality; it is a fragile memory, an elusive abstraction.

It goes without saying that MTM1 escapes both the genre and narrative conventions in its exploratory fervor or rather delirium, posing as the essence of a hypnagogic hallucination. A worthy spiritual successor to Scorpion's Stone, it spins you around until you're dizzy and asking yourself what a mermaid puppet has to do with a mannequin leg in a park. Each one of its flickers and soft focuses, dilapidated locations and diverse provocations, irreverent repetitions and ambiguous superimpositions, inter alia, emerges from and returns to what Le Cain and Rashidi dubbed Luminous Void. The experience it provides you with is slightly frustrating, but powerful nevertheless. 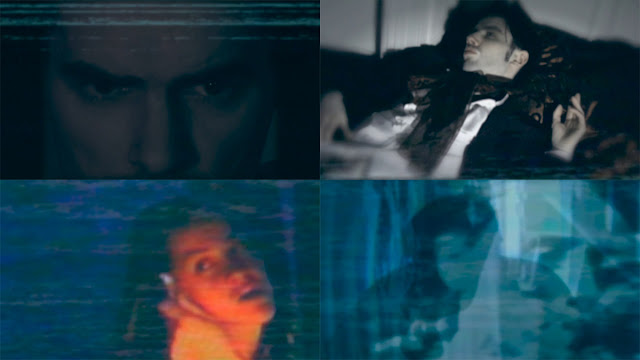