If you're an alternative cinema aficionado spending the last days of summer (and early autumn) in Split, Croatia, don't miss the opportunity to watch a neat selection of short films by “cinema purists” in Kino Klub Split, on September 13!

The web introduction article written by yours truly is posted right after the program which begins with Short(s) Petting powered by AGITATE:21C group of contemporary cinexperimenters. 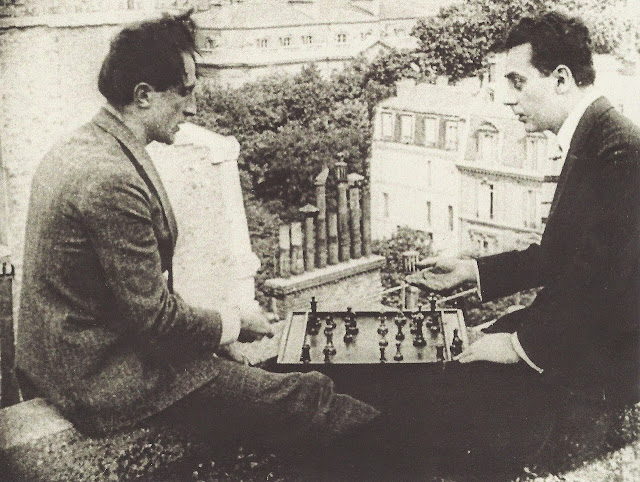 A filmic answer to Dadaism, “cinéma pur” (lit. pure cinema) was born in “the City of Light” – the cradle of many artistic movements – as a counterpoise to traditional, narrative cinema. Being liberated from any literature, theater and even painting influences, it shifted focus from the elements such as plot, story, setting and characters towards form, motion, rhythm and visual composition. Although its existence is linked to the 20s and 30s of the last century, its spirit has survived the test of time, and it still shines brightly through the art practice of contemporary avant-garde filmmakers who propose the endless evolution or rather, mutation of the film language.

“... The cinema can draw from itself a new potentiality, which, leaving behind the logic of events and the reality of objects, engenders a series of visions that are unknown – inconceivable outside the union of the lens and the moving reel of film. Intrinsic cinema – or if you will, pure cinema...”

As quoted by René Clair in Cinema Yesterday and Today (New York, Dover Publications, 1972), Henri Chomette’s words are reflected in crystalline configurations of his 1925 abstract “fantasy” Five Minutes of Pure Cinema (Cinq minutes de cinéma pur). Suggesting clarity and eventually turning into scenes of nature, these formations, paradoxically, come off as opaque and mysterious, especially in their relation to the easily recognizable imagery they precede. Equally puzzling are Viking Eggeling’s white line “illustrations” of his Diagonal Symphony (Symphonie diaganale, 1924), resembling alien musical notation and operating as the earliest examples of real-time audio visualizers. The cacophonous “symphony” they accompany in an “aural before optical” twist may be identified as the fragmented cry of the distant future.

In a similar vein to Eggeling, Walter Ruttmann “choreographs” abstract shapes to sweeping symphonic orchestrations, indexing not only natural phenomena, as Jan-Christopher Horak notes in Discovering Pure Cinema: Avant-Garde Film in the 20s (Afterimage No. 8, 1980), but also man-made creations. Although it is highly probable that not a single segment of his hypnotizing Lichtshpiel opus is intended to connote any meaning, one cannot help but notice a struggle between the forces of nature and architectural colossi in the interplay between the curvy and angular forms, both vividly animated in a hand-colored spectacle that looks as if (the parts of) Suprematist paintings were brought to life.

Much more concrete than all of the previously mentioned films is Hans Richter’s Everyday (1929) – a poetic docu-drama (for the lack of a better term) that often feels like a condensed version of Dziga Vertov’s Man with a Movie Camera (Chelovek s kino-apparatom) released in the same year. What these two have in common – apart from the utilized visual techniques such as quick editing and machine close-ups – is their closeness to Marxist ideology. While Vertov idealizes Soviet model of socialism, Richter criticizes capitalism and sharply portrays the human-grinding monotony of routine office work. On the other hand, his Ghosts Before Breakfast (originally, Vormittagsspuk, 1928) is an entirely different, occasionally toothless animal whose “voice” was destroyed by Nazis, being condemned as “degenerate art”.

Nonsensical, irreverent and somewhat ironic, this Dada-phantasmagoria plunges the viewer in the world ruled by the absence of logic. If there is any plot to be found in a jocular parade of non-sequiturs, then it’s about the four hats desperately trying to get back to the heads of their rightful owners. Time flies inevitably, and neither a sequence slow-motioning in reverse, nor a clock breaking in half can stop it, yet Vormittagsspuk appears timeless in its anarcho-absurdist zeal which makes it a great companion piece to René Clair’s masterful fiver ciné-dream Entr'acte (1924). Produced as the second act overture of Francis Picabia’s ballet Relâche, Clair’s debut is essential viewing for undserstanding or rather, feeing the traits of “cinéma pur”, not to mention that it features one of the most astonishing chase sequences ever to grace the silver screen. Its oneiric superimpositions, frenetic montages, upside-down shots and disappearing acts are all magically and disorientingly set to the proto-minimalist score authored by the French composer Eric Satie whose eccentricity parallels that of ciné-purists.

Just like the heads of those three air-dolls standing before what may be the inside-wall of a railcar, Entr'acte inflates and deflates itself, sometimes simultaneously, with many inanimate objects revolting against man’s supremacy, to paraphrase Horak, and deliberate self-mockery / self-destructive impulse defining the name of the game. In conclusion – after the encounter with it, you should not be surprised to get hit by a vision of a camel-propelled hearse the next time you nibble on your bagel... 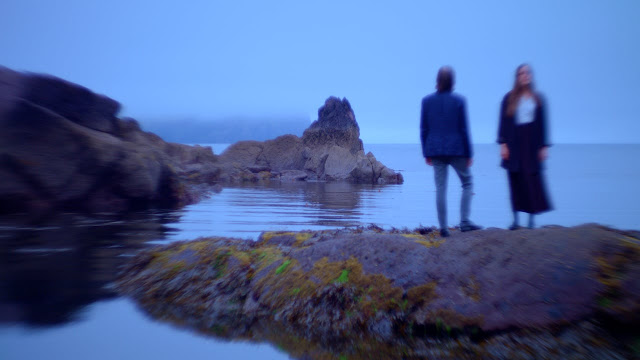 Only a week later, the visitors of Kino Klub Split will be able to immerse themselves into Rouzbeh Rashidi's masterful docu-fantasy Phantom Islands, preceded by All Female Evening.