After devouring Star Duck that infected his first film's finale with some twisted humor, Moon Tiger continues his journey toward the Deep Blue. He walks along the dark streets of an unidentified town, with the particles of light flickering in his palm. Brooding silence and ominous droning accompany him on the way, as the sea rustles nervously. A lost soul who escaped from a Jean Rollin's fantasy attempts to climb the graveyard gate and seems unfazed by her failure...

The line between (classic) cinema and (inner) life, (horror) genre and (excessive) experimentation gets blurred, and once again, the viewer is steeped in perplexity. Extremely grainy, the texture of the main blurring factor - the quivering visuals - gives the film the appearance of a long-lost artifact unearthed in the distant future, then sent back through time to be witnessed by a lucky finder. Even more arrhythmic than its predecessor, Moon Tiger Movie 2 sees its creator as a mad, stubbornly uncompromising scientist who works and meditates simultaneously. The (un)blinking eye of his camera creates the illusion of a Malevich-esque simplicity and Brutalist power, but only occasionally - the images are mostly as fragile as a water-filled bottle's bottom that turns into a snow globe-like universe, during the zoom in.

A strong feeling of loneliness pervades the phantasmal 'proceedings' which flicker encrypted messages into one's subconscious. On the other hand, Moon Tiger may be the Devil, but the Devil is not only in the details of his own art performance - the movie in self-exile. Across the ruins of omni-cinema, he and we encounter countless restless ghosts. The question 'I lost my body, can I use yours?' raises the levels of uncanniness. Will the Sun ever rise?

Moon Tiger Movie 2 is available FOR FREE on Experimental Film Society's Vimeo channel, but for a limited time (a few days left). The first part can be rented HERE. 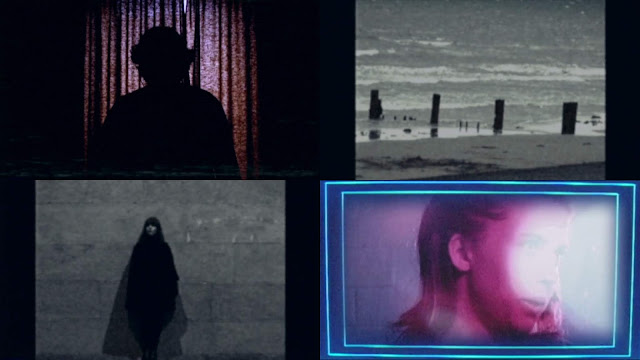