"Once Frans Zwartjes has caressed your eyeballs, you will never be able to see cinema in the same way again." (Maximilian Le Cain) 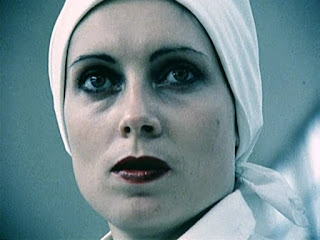 I wouldn't wholeheartedly agree with Mr. Le Cain's claim, especially not with the 'caressing' part, considering my first encounter with Zwartjes's oeuvre felt more like a punch in the stomach. Pentimento is a moody, disquieting, viscerally poetic and highly experimental mystery-drama (for the lack of a better term) probably conceived and brought to life in a fit of creative madness. 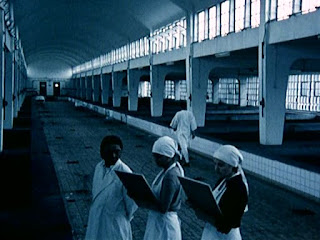 Set in a ramshackle spa situated in the middle of nowhere, it chronicles weird experiments coordinated by a Japanese doctor on a group of randomly picked women. Treated as nothing more (or even worse) than lab rats, they are stripped naked (with only their high-heel shoes on, until they die) and subjected to a torture from a sicko's sexual fantasy. The staff consisting of creepy nurses and men in black suits engages in strange activites, while their boss plays golf with his victims' stilettos as balls. At one point, these sadists enter Sweet Movie mode. 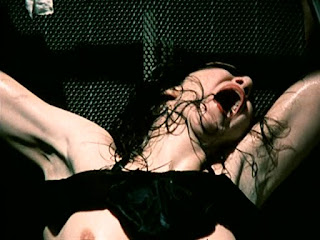 As you've already assumed, Pentimento is a total opposite of an easy watch. Raw, dirty, perverse, extremely unerotic and mostly shot at twilight or in dimly lit spaces, it is infused with a grim atmosphere of claustrophobia and human depravity. The unnerving soundtrack which marries ambient noises to alien electronica complements the gritty and grainy imagery, as well as the obscure, dialogue-free experience. 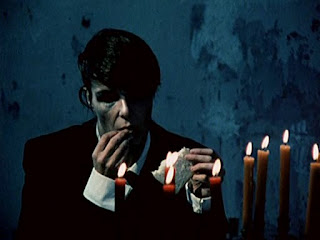 Think Arrabal meets Makavejev, Terayama, Pasolini and Cronenberg (?) and sprinkle Shozin Fukui obsessions (minus all the screaming) on top and you might get the idea of what to expect from Zwartjes. Beware, though, as the feminist inside you will be shocked by his provocative, nightmarish and, at first sight, mysoginic puzzle. 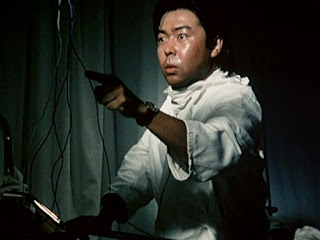