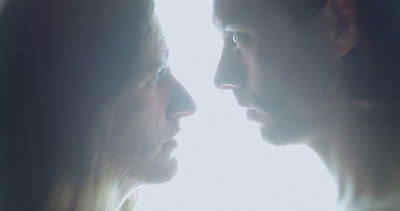 Set to the piercing sound of roaring thunder that lights the night sky in the most hypnotic way, the striking opening of Rouzbeh Rashidi's latest - and if you ask this writer, most riveting - offering acts as a portal into the world of altered (cinematic) reality. But, it also stands for a sublime announcement of a mysterious Couple (a committed, boldly uninhibited and highly performative portrayal by Daniel Fawcett and Clara Pais) that is the film's magnetic focal point. 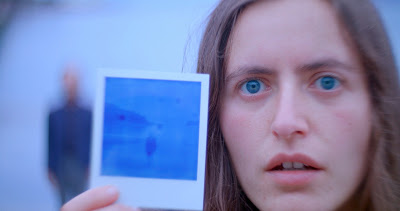 Appearing as if they descended from the sky or another realm for that matter, the twosome wander, disoriented and yet sharing the common (spiritual?) purpose, through the breathtaking landscapes of Irish islands turned into the third, equally alluring protagonist. Who are they and what exactly do they seek? This question is surely not easy to answer and unsurprisingly so, considering the director's previous opus. They could be  benevolent (?) cousins of Jonathan Glazer's alien Female from Under the Skin or some supreme, unidentifiable entities working under human cover in an exile, whether it's forced or self-imposed. 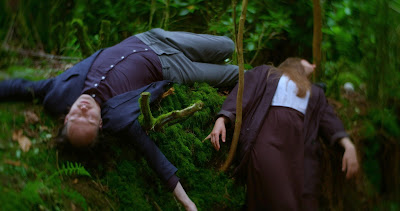 Always walking away (as everybody else does) or strolling far from our sight, they keep us on a distance that is paradoxically closer than any closeness; they pull our thoughts into unexpected directions, lulling us into a meditative state. Even when their gazes are transfixed on us in an attempt to communicate whatever is beyond the inherent truth, we are left with nothing but another riddle. Both mystified and somewhat enlightened, we may resort to stripping them away of their otherness and viewing them as down-to-earth lovers who are just as confused as we are. In that regard, we are offered an assistance from the author himself who, now and then, lifts the veil of the abovementioned reality by blurring the lines between 'behind the scenes' and a finished piece of art. However, the fourth wall phrase does not apply here, for that 'trick' is the integral part of Rashidi's peculiar language. 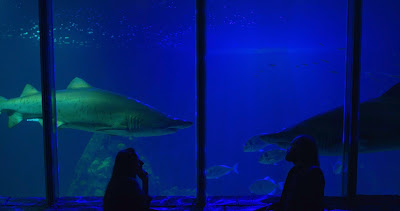 Also indistinguishable are the boundaries between documentary and (science) fiction, just like it is noted in the director's statement. This illusion is simultaneously dispelled and consolidated by embedding the duo's staged romance into the islanders' everyday and vice versa, under the watchful eye of the invisible forces inhabiting gorgeous and not to mention gorgeously captured locations. As calm as they are maddening, the greenest of meadows, the stoniest of beaches and the thickest of mists destroy the blue, tumultuous love of our heroes and then rebuild it from the ashes, time and again. They have the very same effect on a lyrical (non)narrative which - made porous by black screen punctuations - explores the hidden nature of cinema, inter alia. 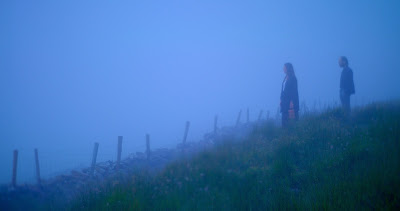 What's most astonishing about Phantom Islands are its dreamy visuals and ingenious music score, as well as the pitch-perfect sound design that more than compensate for the lack of dialogue. Virtually each shot is exquisitely composed, each tone being a worthy accompaniment. A masterwork of the (re)modern avant-garde.
Објавио Nikola Gocić у 8:14 PM