In Short (The Greatest Showman / Drown Among the Dead / The Scythian)

The escapist, exuberant, flamboyant, painfully optimistic, excessively romanticized, borderline-high fantasy musical biopic of the famous hoax master P.T. Barnum may be one big fat lie, yet the Aussie first-timer Michael Gracey tells it with the confidence of a more experienced helmer and, in an oxymoronic twist, imbues it with heartfelt sincerity, providing his diverse cast with a larger-than-life playground (where all of them, including the supporting actors, seem to have a whale of a time) and presenting the viewer with a most pleasant ride on a shiny, bewitchingly designed emotional rollercoaster. 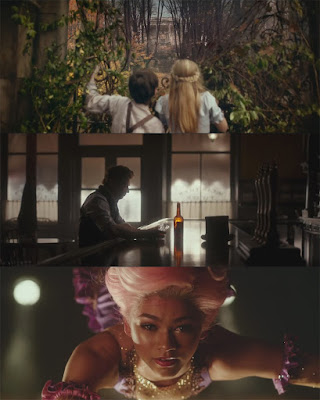 Taking cues from the theatre of the absurd, a bold, minimalist debut feature by Mexican director Rubén Gutiérrez sees an aging comedian literally and metaphorically stuck between life and death (i.e. buried neck down in the middle of nowhere) 'amusing' a young, murderous and crazy woman (wielding a bat adorned with nails) with tall stories in what could be described as a surreal, nihilist, sardonic, oddly paced and somewhat philosophical 'dramedy' (for the lack of a better term) laced with twisted humor and attractively lensed in sunbathed widescreen. 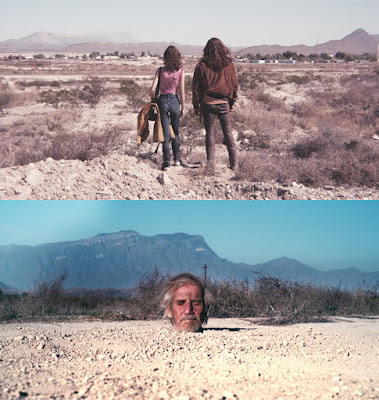 As if inspired by Clara Pais and Daniel Fawcett's 'love of all cinema, beyond the hierarchies of taste and quality', Rustam Mosafir draws from Russian fairy tale adaptations, modern Hollywood blockbusters and arthouse offerings, quoting various directors from Sergei Parajanov and John Millius to Zack Snyder and Nicholas Winding Refn, while delivering a pulpy pseudo-historical epic that takes the viewer back to feminist-unfriendly times and comes neatly packed with paganistic rituals, solid performances, brutal (blood-spilling) action and impressive production values, despite being shot for less than $3 million. 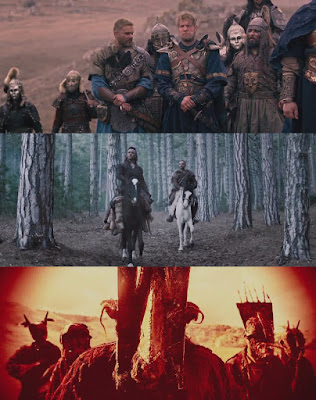