In the (Avant)Garden of EFS

D'you know what feels good after an evening stroll and some words written in a fit of creative madness? A couple of hours spent arranging randomly picked flowers growing in the (avant)garden of Experimental Film Society. Yes, I am being quite subjective here, but their fragrance is so fresh, since the ground is not poisoned by CGI fertilizers. 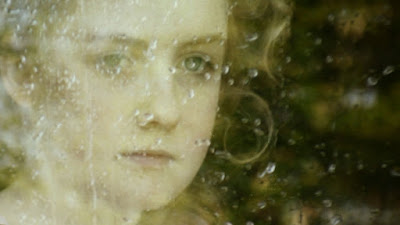 Alphabetically, the first in line is Abandon by Dean Kavanagh who casts members of his family (judging by the last names) in a work that blends abstract art and docu-fiction to great effect. However, the star of his show is water whose glassy, restless surface fills the opening frame and whose presence is constantly felt in the film's course - in the wistful eyes, clothes hanging in the backyard and sunlight shining through the leaves. As a lovely young woman watches through the window covered in rain drops (a gorgeous Deren by the way of Tarkovsky image), we are getting lulled into a dream of reality dissolved by peculiar soundscapes. A pair of fishermen has no luck, but maybe at night, when they go to sleep, a sea will calm and a big fish will bite their bait.

Available Light by Maximilian Le Cain whose favorite color is, beyond a doubt, blue (and whose filmography includes over 100 pictures!) tends to put you in a creeped-out mood by minimalist means. A VHS-quality view of a building obstructed by a bare tree is accompanied by uncanny noise which makes us see something that probably isn't there at all - an apparition behind a zoomed-in glass. Repeated twice in a row and later followed by a phantasmal superimposition, it keeps our unease steady. 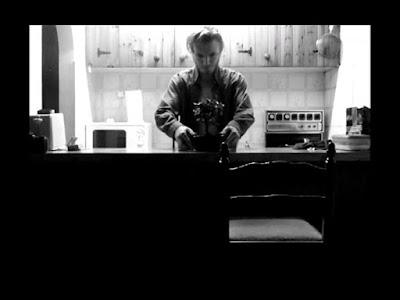 Another offering by Kavanagh is Capgras (as in a delusion that people around you have been replaced by identical impostors) starring the director himself and Julia Gelezova. A man roams around a seemingly empty apartment in complete silence until he opens and closes a small, black box when a pleasant piano and guitar piece begins. We see him cleaning the kitchen bar and caring for a bonsai tree before answering the phone and thus attracting the attention of a woman who has been taking a shower. Their short encounter is the highlight of the witty, chiaroscuro homage to silent movies.

Le Cain's Closing feels like David Lynch's long-lost experiment in which the author attempts to capture and freeze the thoughts of his heroine ruminating over something or someone, in the company of a suitor. The slow-mo movement, grainy monochrome cinematography and droney score support the gloomy, contemplative atmosphere.

For her description-defying Dimensions, Atoosa Pour Hosseini utilizes various techniques from multi-layer projections to interposing objects, reducing the size of an image to the mid-section rectangle, similarly to Rouzbeh Rashidi's Indwell Extinction of Hawks in Remoteness. Urban winterscapes with swans and people are intertwined with geometric, azure forms of indefinable origin and complemented by the loud white noise which simultaneously propels our fascination and further deepens our confusion. 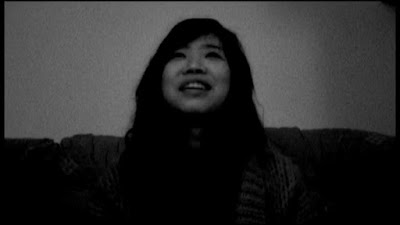 Hosseini's aforementioned compatriot Rashidi casts Yihan Zhu as the chatty, yet silenced protagonist of Flooded Meadow which precedes the intermissions from Closure of Catharsis. Intermittently voyeuristic and direct, even intimate, this enigmatic B&W portrait of a smoky night in the city could be labeled as the calm before the storm which renders everyday life as supermundane. The viewer is put in a position of a stranger who doesn't speak the language of the characters, so is forced to observe their gestures in order to understand them.

The (ostensibly) most narrative film of the bunch is Clavadetscher's Goldfish in which saturated colors signify the transition between the reality and spirituality embodied in titular animals. (This is just a free interpretation.) A young guy's (Simon Rokyta) bath is interrupted by the arrival of his friend (Michael Fingerhut) who brings the news of someone's death. Afterwards, "the bather" becomes obsessed with his pets in a bowl, eventually succumbing to their influence and maybe that is not a bad thing, after all.

A reflection of time's transience, John Puts a Chair Away is Le Cain's third entry in this article and its title couldn't be more illustrative. Beside the scenes with John (Doe?) putting a chair away inside of an abandoned building (warehouse?), we get the glimpses of a tree, metal door and empty, ramshackle rooms (some with blue details, of course) in a cinematic equivalent of Kazimir Malevich's art. 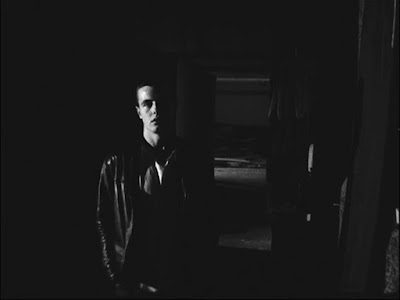 Love Me Longer is a (pseudo?) biopic of a former boy band singer, Neil Thompson, assuredly directed by Higgins and beautifully visualized by Luca Rocchini. Akin to a twisted recurring dream, it is comparable to some of Olivier Smolders's Exercices spirituels and Satoshi Kon's Perfect Blue, wherein "psychologization" is replaced by wild experimentation. The assorted imagery and Neil's naturally flowing voice-over narration are juxtaposed in a cathartic cacophony of memories.

In Murder, Higgins gives us the pieces of a puzzle about "an unlawful killing of a human by another human with malice aforethought", as the opening epigraph informs us. The aftermath of a (deconstructed) crime is a corpse covered in dry leaves, with sea panorama as the only clue or red herring. On the rocks, a lonely figure meditates, eventually leaving the place. Blurry flashbacks reveal the perpetrator, but we don't know anything about him, his motives and his connection to the victim. The mystery is amplified by a periscope-like view of branches gradually transforming into the bouncy Moon.

Rashidi's delightful, sepia-toned Nightfall deals with the absurdities and banalities of life, showing young man (played by Clavadetscher) arriving home, contemplating, cooking, eating, smoking, reading and watching an antique photo of a woman starring back at us. There is something off/odd about the whole proceedings and the protagonist's following morning doesn't make things any clearer. When his sister or girlfriend or a total stranger (Atoosa Pour Hosseini) comes to his house, they exchange a few glances and hug, raising new questions. For some reason, Nightfall reminded me of the scene with Grace Zabriskie and Laura Dern from Inland Empire (minus the eeriness).

An insight into Rashidi's early career, Shabby Nights blends "un photo-roman" with poetic documentary in what appears to be a melancholy-fueled ode to Tehran (and its lights). Although not translated from Farsi (?), one can sense the sorrowful note in both of the narrators' voices. Old photographs have prominent role in nostalgia awakening. 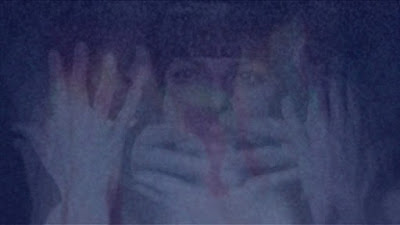 Still shot from The Mongolian Barbecue (2009)

With his arcane phantasmagoria The Mongolian Barbecue, Max Le Cain searches for the mystical qualities of female beauty. Shrouded in blue, pixels, glitches and TV static, his posing "heroines" produce some weird eye-candy. Speaking of eyes, one is stuck in the mouth, the other in... ahem, private parts.

And lastly, Kavanagh's Three Over Four betrays its low budget, offering some attractive shots nevertheless, and sees Rashidi as an actor in yet another musing on ephemera that life is. Personally, I don't find it an accidental choice, considering the inclusion of my favorite vegetable (tomato) in the finale.

As already suggested, these short films are just a small part of the EFS library, so the exploration doesn't end here...
Објавио Nikola Gocić у 9:30 PM