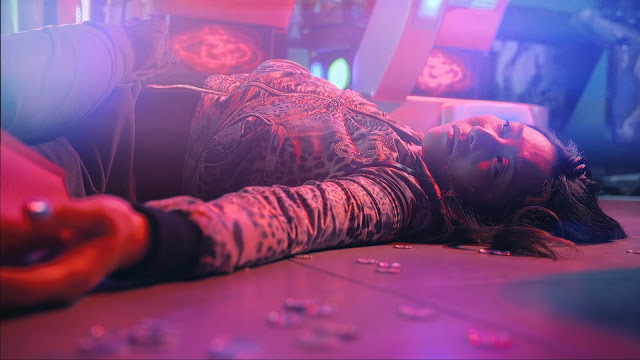 Great many are the filmmakers (or artists, in general) who have attempted to provide the answers to the quoted questions, and yet these questions stubbornly keep lingering without any definite answers. In case of Ran Slavin's sophomore feature which teases the prospect of parallel realities, they can be rephrased as following: "Is the viewer watching/dreaming the film? Or is the film watching/dreaming the viewer?"

There's no doubt the Israeli visual artist and composer is enamored or rather, obsessed with the borderless kingdom ruled by Hypnos, considering that Call for Dreams explores the very same ideas found in his debut The Insomniac City Cycles. However, his second venture into the world emerging from the REM phase proves to be more successful than the previous one, resulting in an enigmatic, phantasmagorical neo(n)-noir that twists and breaks the thin line between video art and (experimental) cinema. 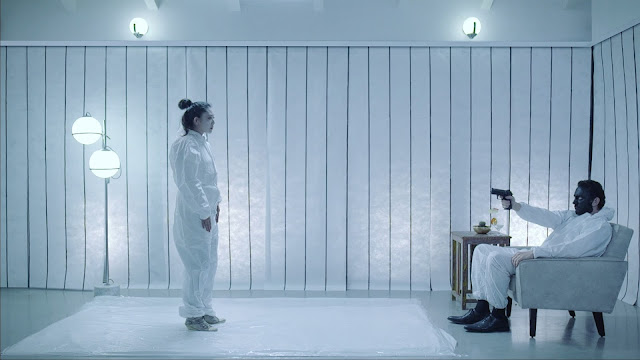 Set during the rain-drenched nights in Tokyo, an unruly, highly unconventional story revolves around a lonely Japanese woman, Eko (the admirable low-key portrayal by the firsttimer Mami Shimazaki), who runs an unusual call service for dreamers, while a worn-out detective, Ruven (Yehezkel Lazarov, excellent), investigates a murder case in Tel Aviv. The two are connected via an intricate web of dreams enacted in a series of surreal rituals, part Lynchian, part Matthew Barney-esque, and inhabited by a mysterious middle-aged man (murderer?), Russian mobster and his bodybuilder henchwoman, as well as an eccentric security guard who lives by samurai code, but also loves to spy on his neighbor.

When and where the reality ends and the fantasy begins is hard to tell, and for that very reason, Call for Dreams is incessantly intriguing. Slavin boldly refuses to adhere to a three-act structure so instead, he opts for a lyrical, borderline abstract narrative in which the main protagonist could be an elusive, "master dream" entity in control of individual dreams. From that perspective, Eko, Ruven and the rest of the gang are but puppets in the "hands" of that undefined force (the joint soul of the aforementioned cities?) who seems to act in accordance with the adventurous helmer, pulling us deeper into its/his/her extremely oneiric game of ever-changing rules.

The experience of playing this game is comparable to the falling through a bottomless rabbit hole, yet knowing that you are perfectly safe, because there is no beginning and no end, only the soft, mesmerizing, ostensibly infinite middle. And what makes your fall so pleasing is the surrounding imagery - crisp, meticulously composed, bathed in colorful lights and complemented by moody score. Even the obviousness of computer-generated effects works to the advantage of vivid visuals, and emphasizes the film's enticing artifice, whereby the sparseness of dialogue intensifies the strong flavor of eye-candy, and leaves you with plenty of space for contemplation. I will be eagerly looking forward to Slavin's following dream... 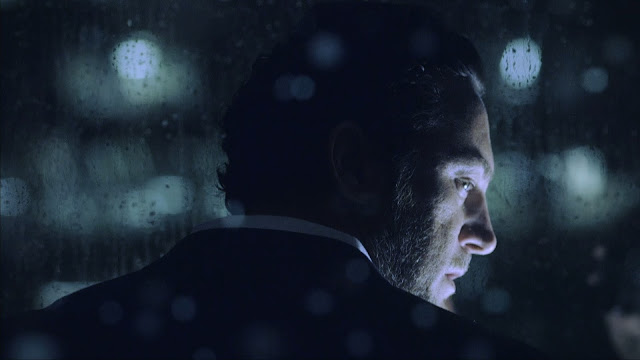 The film can be streamed @ Vimeo on Demand and Amazon Prime.
Објавио Nikola Gocić у 5:19 PM