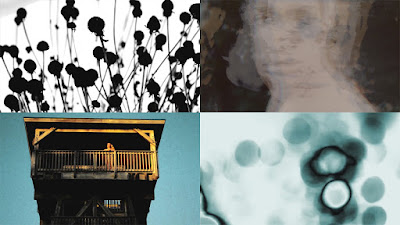 Told (or rather, shown) from the perspective of a young man mourning after his suddenly deceased father (as noted in the official synopsis), the poetically titled A Dream Is a Life Lived and Lost is what this writer likes to label as 'beyond a documentary'. Shot across several states of America, it takes the viewer on a simultaneously melancholic and life-affirming journey through the ever-changing dreamscapes.

A phantasm(agor)ic, highly experimental requiem for the lost parent, it opens with a beautifully composed, high-contrast B&W vignette that instantly grabs your attention, with the camera caressing everything it 'touches' - bare treetops, withered plants, snow-covered ground - while going in and out of focus. In this and all the following sequences which range from hypnotic to sublime (if you can forgive jarring filters applied here and there), Eli Hayes (born in 1993) captures those 'little moments' and ostensibly marginal details in life and then turns them into often hazy and abstract cinematic reveries.

With his mind locked in 'stream of thoughts' mode, he structures the film like an omnibus of artistic music videos for some shoegaze-electro-dream pop / post-rock project (involving Sigur Rós), and manages to retain a personal tone (not to mention hypnagogic quality) throughout each of them. Utilizing multiple formats and manipulating his imagery in different ways, he demonstrates genuine playfulness in his approach to lights, colors, shadows and textures, which leads to the emergence of an impressionist über-reality.

His work is not be understood, but to be felt or experienced (on a subconscious level), especially during its last and most intense fifteen minutes of ethereally intoxicating superimpositions. 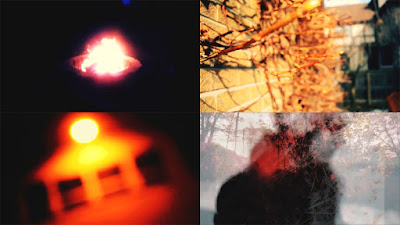 A Dream Is a Life Lived and Lost is available for free on the author's official Vimeo channel, HERE.
Објавио Nikola Gocić у 11:05 PM