☼☼☼☼☼☼☼☼(☼) out of 10☼
"Worldly domains wither and fold.
'Tis the kingdom of dreams the truest gold." 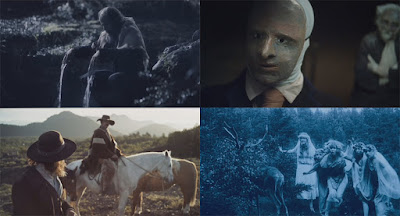 Like many of his fellow 'cinexperimenters', such as Rouzbeh Rashidi or The Underground Film Studio duo of Daniel Fawcett and Clara Pais, Niles Atallah is utterly fascinated by the endless possibilities of film and is eager to explore them beyond the boundaries set by standard cinema production. His sophomore feature proves him to be a filmmaker whose name the adventurous cinephiles are bound to remember.

A Franco-Chilean co-production (including the partners from Germany, Netherlands and Qatar), Rey (lit. King) (re)tells the odd and little-known story of Orélie-Antoine de Tounens (1825-1878) - a French lawyer, adventurer and eccentric (or lunatic, as some of his contemporaries would have said) who travelled to Chile aspiring to found a kingdom in Araucanía and Patagonia. Nowadays, it is disputed whether he was a self-proclaimed king or voted a constitutional monarch by indigenous tribes of Mapuche who were fighting for the independence against the Chilean and Argentinian governments at the time.

Working with 'just enough concrete evidence' to patch-up a fragmented and non-linear narrative, Atallah places his hero somewhere between facts and fiction, taking the viewer on 'a journey through a realm of forgotten dreams, the decaying memories and fantasies of a ghost' (in the director's own words). And that journey - paralleled by the oneiric, not to mention loving homages and references to the history of cinema - is mighty impressive (if a tiny bit draggy in places), especially during the film's last third when the spirits of weirdness take full possession of the daring and imaginative auteur.

Enamored with the mutable texture of celluloid, he combines digital with archival footage (the courtesy of EYE Filmmuseum of Amsterdam), as well as with the sequences shot on 16mm and Super 8, then buried in the ground to erode and corrode the tapes in various ways. Speckles and scratches flounce and pulsate to the atmospheric score (enriched with crackles to deepen the retro-experience) in a vivid, surreal, highly idiosyncratic celebration of transience, imperfection and chimerical constructs. Simultaneously stupefying and mystifying (partly thanks to the crudely crafted, truth-concealing masks worn by the characters in certain scenes), Rey is a valuable addition to the pantheon of (modern) avant-garde films. 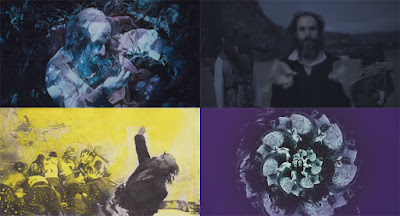