Through dozens of multidisciplinary works covering video art, short films, paintings, sculptures and installations, the Canadian artist Kent Tate have explored the dichotomy of the natural and artificial worlds, simultaneously striving for the balance between those two extremes, as well as reflecting upon personal experiences and various topics of social, philosophical and environmental concern.

While juxtaposing time with space and flow with stasis, he listens and feels the pulse of the Earth (hence the name of his official webpage), achieving a meditative atmosphere in most of his cinematic outlets that leave you with a pleasant, Zen-like aftertaste. In that respect, Catalyst stands out as the most 'off-kilter' of the bunch ('disquieting' would be too strong of a word), because it brings something else to the table. Call it 'a peculiar sense of mystery' or, simply, 'je ne sais quoi', it - a beautiful, almost alchemical amalgamation of HDV and Super 8 footage accompanied by somewhat uncanny music - makes you wonder...

Instilled with a metaphysical quality and described as 'a type of diary without dates' by the author (director, composer and cinematographer) himself, this three-and-a-half minute offering appears as a distinctive patchwork of memories - well-known to Tate, blurry and puzzling to the viewer. It poses a challenge, whereby the lack of traditional narrative and characters (this is an experimental documentary, after all) take this challenge to another level. However, its (ostensible?) impenetrability is by no means off-putting. As its name suggests, it causes activity (the thoughts to stream) without itself being affected. 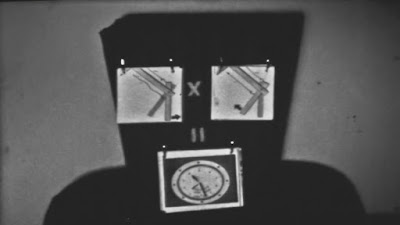