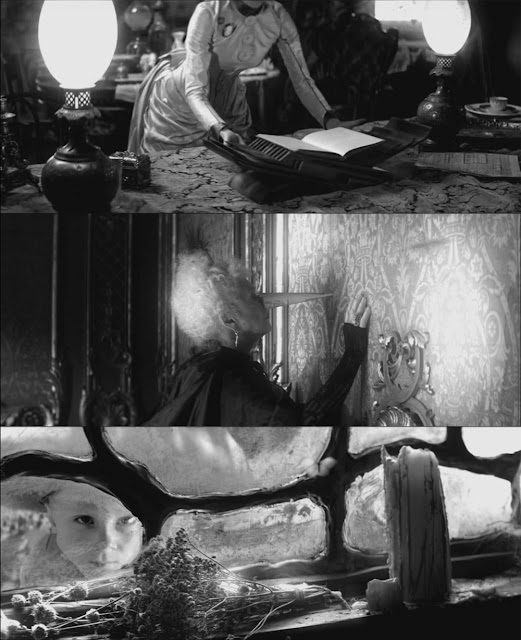 Tall tales grow even taller in Rustam Khamdamov's adaptation of Ryunosuke Akutagawa's short story In a Grove which Akira Kurosawa's highly and widely acclaimed feature Rashomon is also based on. Narrated by an unnamed lady-in-waiting (Svetlana Nemolyaeva) who employs a Pinocchio-like paper nose to take a peek into another world through the previously torn wallpapers on the chamber-walls of Tsar Alexander II's vast palace (!), The Bottomless Bag (originally, Мешок без дна) unfolds like a knotty, deliberately paced Ruizian mystery and, in a very unorthodox way, celebrates the power of storytelling and its magical effects on our lives. The elusiveness of truth is the main course here, with the characters such as Baba Yaga, humanoid mushrooms and a bear walking on two legs adding to the dreamy/mythical incredibility (and humor) of each account on the Prince's murder. Oh, and there are a few UFO spheres hovering above and around the grove just in case the viewer is not puzzled enough.

Packed with an almost maddening intrigue, strangely playful proceedings are paired with the ravishingly beautiful B&W imagery that bears many references to classic paintings and cinema. The Renaissance representations of Saint Sebastian can be easily recognized in the frame which depicts the Prince (Andrey Kuzichyov) tied to a tree with an arrow piercing his chest, whereas the spirits of the silent era divas are invoked by the otherworldly appearance of the Princess (Elena Morozova) whose sumptuous garments overflowing with pearls stubbornly oppose historical accuracy. A dramatic interplay of light and shadow is a certain nod to the aesthetics of film-noir, and Khamdamov's approach in blending all the influences together is that of a (neo)surrealist who favors form, a challenging one at that, over content. With The Bottomless Bag, the 'cursed' Russian filmmaker creates his most stylish film to date, so it's a shame it has already faded into obscurity. 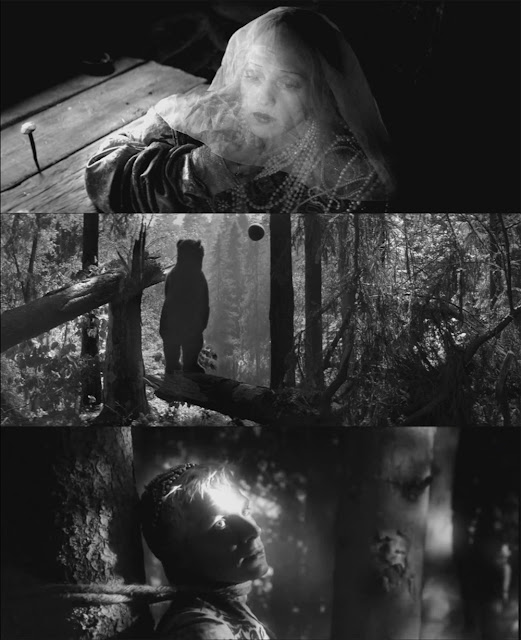