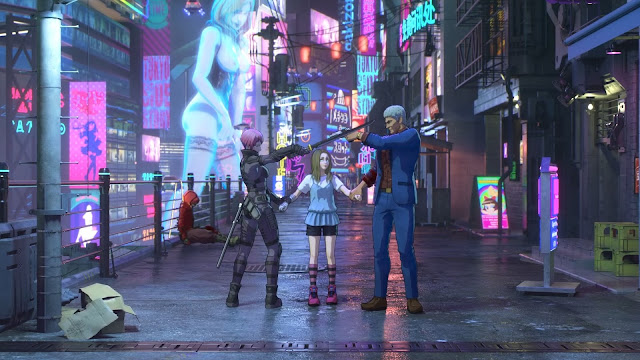 A spin-off of Netflix's Altered Carbon TV series (which this writer is not familiar with), Nakajima and Okada's feature debut is a brilliantly cheesy throwback to both action and cyberpunk anime of the last century's final two decades, with the emphasis being on violent, impressively choreographed clashes between the heroes and the baddies. Taking you into a neon-lit, Blade Runner-like world of the terraformed planet Latimer where physical death is almost impossible thanks to the 'resleeving' technology, it follows a burly ex-Envoy, Takeshi Kovacs, on his mission of protecting a young tattooist, Holly, while investigating a yakuza organization (and their fishy succession ritual), alongside an agent of the UN's Colonial Tactical Assault Corps, Reileen (whose looks seem to be a loving homage to the Ghost in the Shell heroine). 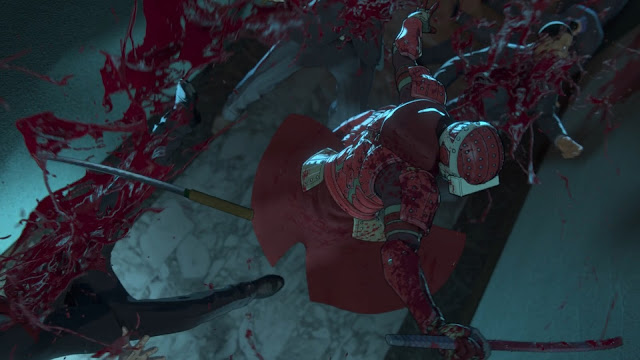 The simple story and characters don't come any more B-movie-esque, so if you expect something along the lines of a serious meditation on consciousness moving from one body to another, you're likely to be disappointed. Although the human longing for immortality is the major theme here, it's the blood-letting hacking and bone-crunching brawling where this anime truly shines, as previously mentioned. Yes, the CG-animation tends to be a bit rough and video-gamey around the edges, but that's excusable, considering the directors' backgrounds, and I won't add 'inexperience', because they must've seen a good share of old-school actioners. On the other hand, the characters and backgrounds are beautifully designed, and the linework of cel-shaded models lends a retro, comic-book feel to the otherwise glossy visuals. Also praiseworthy is the propelling, yet unobtrusive music score by Keigo Hoashi and Kuniyuki Takahashi who add some Japanese traditional vibes to the neo-classical mix, entering into the Kenji Kawai mode during the closing credits. 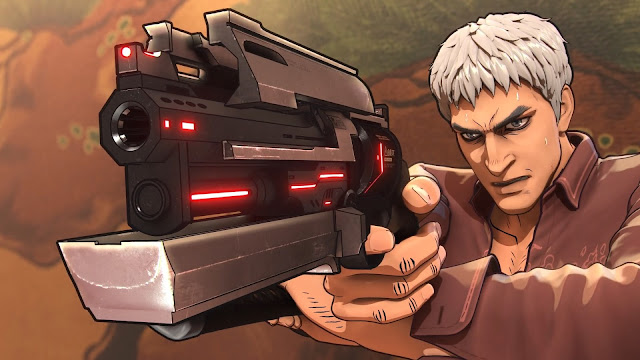