Jesus Shows You the Way to the Highway (Miguel Llansó, 2019) 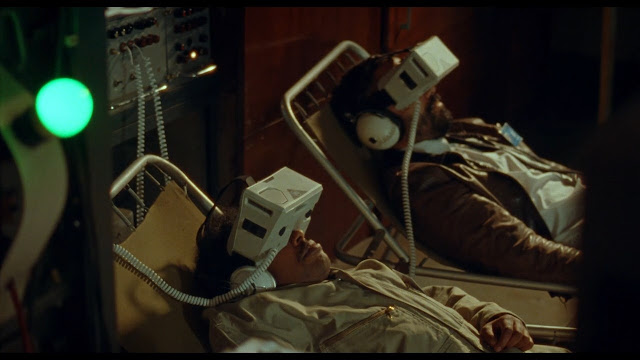 Inspired by the 70s kung fu films and tokusatsu shows, B-actioners of the Cold War era and arcade video games of the 80s, as well as by whatnots of anyone who was growing up during the final two decades of the 20th century, Jesus Shows You the Way to the Highway is just as bonkers as its title sounds. Oh, it's also one of the most hilariously brilliant pieces of genre-subverting, borderline experimental cinema! 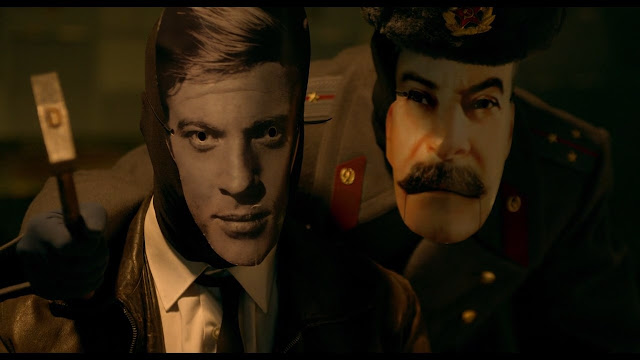 Directed by Miguel Llansó (Crumbs) who must've had a whale of a time filming it, this Afrofuturistic smörgåsbord takes the world within world concept and twists it to the point where suspension of disbelief is stretched so much that you just surrender yourself to the frequently surprising flow and drift far away. It's impossible to tell where the VR network called Psychobook (now, this sounds familiar) ends, and where the reality of CIA agents based in Tallinn, Estonia, begins... or if that reality is real at all. 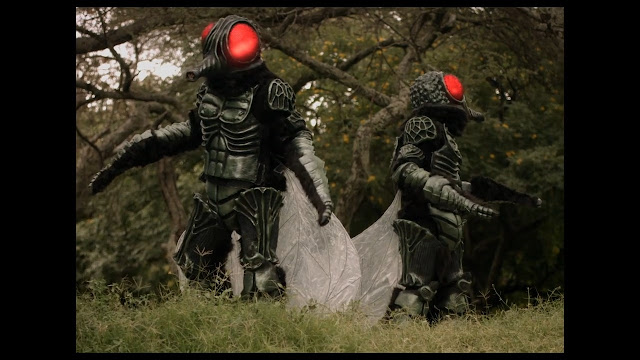 And the story goes something like this - a computer virus, 'Soviet Union', represented by an avatar wearing a paper Stalin mask threatens to destroy Psychobook (where everybody moves as if in a Švanmajer's stop-motion fantasy), so agents D.T. Gagano (Daniel Tadesse) and Palmer Eldritch (Agustín Mateo) have to jump into the matrix, so to say, and disinfect it. While there, they wear the faces of Richard Pryor and Robert Redford, respectively, but posing as celebrities won't help them in completing the mission which turns into a trap involving Batman's evil doppelgänger Batfro who rules Beta Ethiopia and whose (Italian) right-hand man goes by the moniker of Mr. Sofistication... 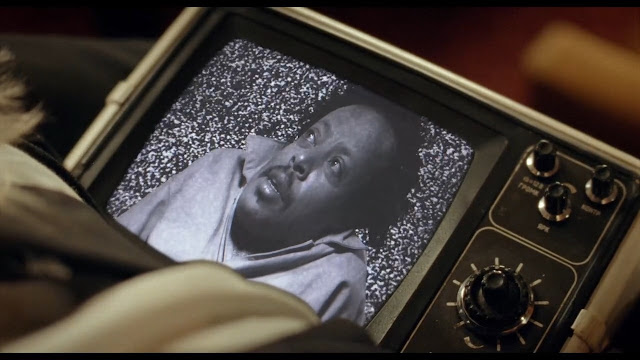 But wait until you meet the messiah in one of numerous subplots that unexpectedly and unapologetically break or rather, expand the film's inner logic, plunging the viewer ever deeper into the arcane, everything but the kitchen sink dimension of Llansó's wild and weird creation. (Did I mention a transvestite captain and a Shaolin monk guarding the Ark of the Covenant?) Simultaneously poker-faced and with his tongue concealed in his cheek, he tackles a wide range of topics, from fascist governments to virtual escapism to pizza mastery, and demonstrates an enviable skill in lending gravitas to campy, pop culture-infused shenanigans that his sophomore feature brims with. Paying homage to the abovementioned influences, his delightfully grainy 16mm visuals and quaint special effects are flawlessly complemented by dubbed voices and discordant jazz score which doesn't shy away from going me(n)tal once Jesus enters the scene.

At the end, one is left wondering what possibly could be the next step in the author's artistic evolution...
Објавио Nikola Gocić у 8:58 PM