The first Hungarian feature directed by a woman, The Girl aka The Day Has Gone is a fascinating fiction debut from Márta Mészáros who previously worked as a documentarian, making more than thirty shorts. Somewhat Nouvelle Vague-ish in nature, it recounts a simple story of a working-class girl, Erzsébet ‘Erzsi’ Szõnyi, who travels from Budapest to the village of Várkút to visit her biological, now re-married mother, all the while fending off advances from pretty much every lad she meets (or is followed by) on the way.

In a powerful, yet understated exploration of the clash between the modern and traditional, urban and rural, men and women, Mészáros paints a magnetic, deeply personal portrait of her lovely, reserved, ostensibly icy (alter-ego?) heroine (singer turned actor Kati Kovács whose outstanding sophomore performance is marked by delicate micro-expressions) looking for her place / identity in a progressively desensitizing society. Not afraid to be alone, Erzsi dismisses a romantic offer from a ‘nice fellow’ she meets on the train, stubbornly remaining on a path paved with questions that she alone can answer. The sparseness of dialogues or rather, her chronic non-communicativeness create a thick aura of secrecy around her, and the final shot that freezes on yet another of her deep, penetrating gazes, adds another layer of mystery to her character.

Mészáros directs with pinpoint precision, whereby her writing perfectly captures the awkwardness of both Erzsi’s attitude towards life, and relations to her best friend, suitors, mother and her new family, as well as to a tenacious middle-aged man who may be her father. Employing every bit of silence and each carefully measured movement of the camera (many kudos to cinematographer Tamás Somló) to intensify the film’s elegantly poetic rendition of reality, she transforms mundane, even banal scenes into meticulously composed vignettes of stunning beauty which seem to nullify the oppressiveness of the regime back in the Iron Curtain days. A couple of psychedelic rock tracks featured during the opening credits and in the epilogue suggest her rebellion against the old, reactionary ways, and express hope for the future sans displacement. 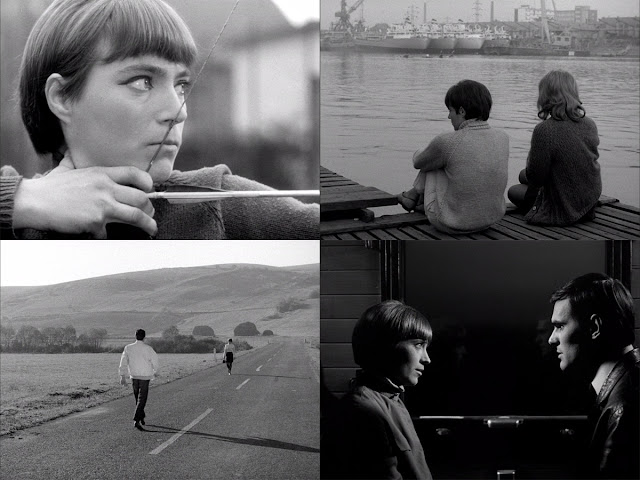