This leap February was marked by animation for me, given that approx. one third of the films I watched - including a good deal of stylish and often psychedelic blasts from the Soviet past (such as Contract, O, more, more! and Sineglazka) - were animated, whereby Ayumu Watanabe's latest offering, Children of the Sea, left the strongest impression and imposed itself as a serious contender for the annual top 5. Besides, I completed the artwork for a couple of 'motion picture books' - Kindle (based on the idea by Martin Del Carpio) and In Search of Tanatos (an intuitive, deeply personal meditation on death) - both of which were met with a positive response.

As far as the 'premiere lessons' in the history of (live-action) cinema go, I'd like to single out three features - Michael Powell's witty, visually arresting and meticulously layered psychological horror Peeping Tom, Joseph Losey's insightful sci-fi B-movie The Damned and Derek Jarman's intelligent and formally attractive dramedy Wittgenstein. And I have to mention a re-watch of the enjoyable, delightfully cheesy 80s rom-com Electric Dreams, because it hit me with a shattering wave of nostalgia.

The unflattering title of the most disappointing (recent) film goes to a poorly conceived crime-drama, The Night Clerk, which sees its author, Michael Cristofer, back in a director's chair almost two decades after his previous work, Original Sin, just wasting the talents of Tye Sheridan and Ana de Armas. There is a palpable chemistry between the two actors, though, and a solid character study lying dormant behind the uninspired visuals and anticlimactic story, but on the whole, it falls flat.

Without further ado and with the focus pointed at the films (and one beautifully animated music video) produced in the last three years, I present... 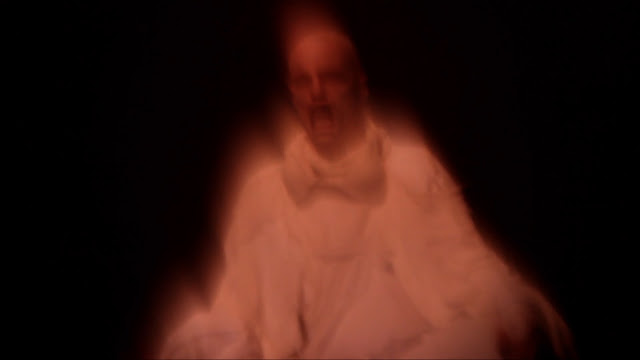