2 x Asian Animated Film (L.O.R.D: Legend of Ravaging Dynasties / In This Corner of the World)

☼☼☼☼☼☼ out of 10☼
Set in a magical world replete with the enigmatic High Lords, powerful Dukes (with disciples of their own) and Spirit Beasts, both wild and domesticated, this Chinese-Cambodian co-production tells a convoluted story of power struggle and features strong homoerotic undertones (a precedent in the wuxia cinema of mainland China), alliances forged and broken in a blink of an eye, the gorgeous if a bit video game-esque mo-cap animation, European gothic architecture, dramatic symphonic score and plenty of pretty poster-boy and poster-girl faces owned by way too many characters for a 2-hour long film built on the complex mythology and best described as a cross between Fate/Stay Night anime and Final Fantasy by the way of Zemeckis's Beowulf. 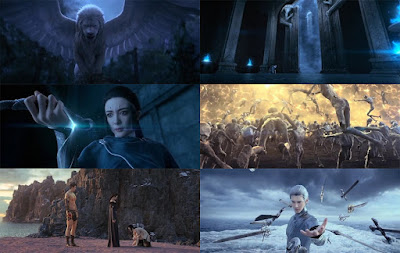 In This Corner of the World
(Sunao Katabuchi, 2016)
☼☼☼☼☼☼☼☼ out of 10☼
Centered around an admirable female protagonist, Suzu (wonderfully voiced by Rena Nōnen aka Non), In This Corner of the World (Kono sekai no katasumi ni) provides us with the off-kilter amalgamation of lighthearted slice-of-life comedy and soul-wrenching war drama told from the perspective of the abovementioned heroine whose talents for drawing and painting are reflected in the warm and gentle, frequently stylized imagery complemented by the evocative score and exquisite performances by the entire cast who make you forget you are watching a 'cartoon', turning you into a tearful emotional wreck in the superior second half of this highly recommendable film. 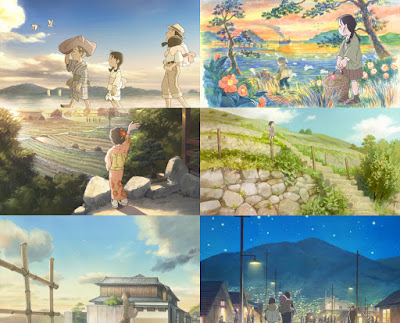