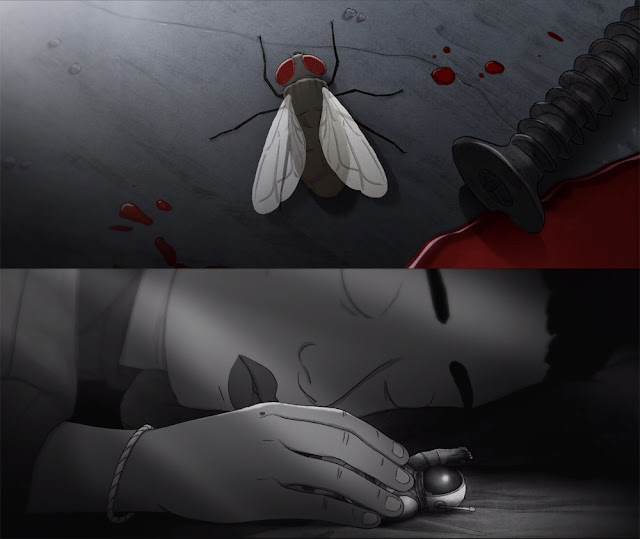 Jérémy Clapin's eccentric feature debut marks another great addition to the rich catalogue of French animated films intended for mature audience. Mostly told in flashbacks, from the perspective of a severed (and sentient) hand which could be a distant cousin to Thing from The Addams Family franchise, it brings the story of both physical and emotional loss which comes full circle from macabre to melancholic, somewhat subverting the viewer's expectations as it approaches the deliberately open ending.

I Lost My Body (originally, J'ai perdu mon corps) is based on the novel Happy Hand by Guillaume Laurant (of Amelie and The City of the Lost Children fame) who also co-wrote the adapted screenplay - a simultaneously bizarre and poignant meditation on fate, grief, love, and coming in terms with oneself, while taking matters into your hands... or at least one hand. At the beginning, we are introduced to what appears to be a murder or accident, with only a fly as a witness. A black and white sequence takes us several years into the past which shows a kid trying to catch another fly (turned into a visual leitmotif and plot device), following his intellectual father's instructions. Cut back to the present, a dismembered hand escapes the laboratory refrigerator and embarks on a long journey through the Parisian gutters, subways and ducts, keeping a low profile and fending off pigeons, rats and dogs on its way to reconnect with its owner, Naoufel.

Through the recent and remote memories of this 'beast with five fingers', we learn of Naoufel's predicament as a lowly pizza delivery boy, and his stalkerish romance with a Gen-Z librarian, Gabrielle. The time is the mid-1990's and our protagonist's audio cassette recorder - a childhood present from his parents - plays an important role in the economically constructed narrative. Not a single moment is wasted during less than 80 minutes of the film's running time, and not a single emotion is faked or overstated, thanks to the finely tuned performances from the entire cast, especially the newcomer Hakim Faris, and Victoire Du Bois who has collaborated with Guy Maddin (The Forbidden Room) and Luca Guadagnino (Call Me by Your Name). A slice-of-life drama which sees Naoufel evolving from a crestfallen introvert to a daring risk-taker is tightly interwoven with the hand's surreal adventure (a dream?) packed with a handful (no pun intended) of wonderfully orchestrated action set pieces. Clapin employs a stylish, if not consistently seamless combination of traditional and computer animation, with its palette of desaturated colors and Dan Levy's moody, eclectic score co-establishing the autumnal atmosphere of longing for the brighter future... 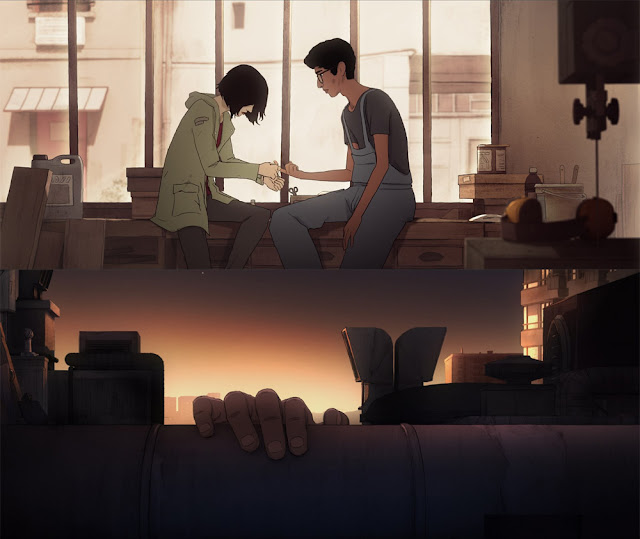