The inaugural (read: shoestring-budget) edition of Kinoskop - the 1st festival of analog experimental cinema and audio-visual performance on the Balkans - concluded on Sunday evening, and went pretty well (for a baptism of fire), notwithstanding some unexpected technical hiccups for which the curators, Marko Milićević and yours truly, sincerely apologize. Our profound respect goes to the audience members who were standing during the first day of screenings, because 60+ chairs didn't suffice, and our heartfelt gratitude is sent to all friendly and enthusiastic people involved in making this ambitious dream come true, from the members of the jury, Nina Lazarević, Nevena Popović and Marko Žunić, to the personnel of art space Kvaka 22 who hosted the event, to the great team of musicians and photographers who participated in the 5th anniversary celebration of Live Soundtrack, and the exhibition of analog photos and collages EndFrame(s). The visitors had the opportunity of seeing some pieces of my artwork like never before - as giant projections on the gallery wall, and I have to admit than even I was caught by surprise!

Picked amongst 220 offerings which met our Call for Entries requirements, more than 50 films were shown in seven selections of the main program and four acts of Live Soundtrack. One particular ciné-thingamajig was bestowed with loud ovations, which is why we decided to have another award in addition to the Grand Prix, Best Original Soundtrack and Audience Favorites (to be announced very soon!). Judging by the post-festival commentary, best-received were the alchemical experiments and sci-fi deconstructions, although the subtleties of micro-poetics, non-human explorations and acts of found-footage sabotage, as well as the diversity of documentaries also garnered positive reactions. The highlight of the festival was the aforementioned Live Soundtrack which opened with metaphysical musings of a hyper-cosmic expanded cinema trance Elementary Particles / Where Do We Come From? from the minds of Aleksandar Lazar and Marko Milićević. This hypnotizing, brilliantly conceived multi-channel experience was followed by the powerful post-industrial performance from Tearpalm - Marko Dabetić's one-man project - whose crescendos must've reached the stars along with Emmanuel Piton's Exposed and Müge Yıldız's A Trip to the Moon. Telemach Wiesinger's Wings to Hear was given the dark, moody and, in a way, post-apocalyptic sonic treatment by Dobrivoje Milijanović and Vladimir Riznić of their fresh collaboration Falling Elevator Music, and the last, but most definitely not the least was the masterful improvisation on analog synthesizer by our guest from Brazil Marcelo Armani (under the moniker of Elefante Branco). Giving each film from the medley of political and personal cinema a new aural identity, ranging from edgy (Window Shopping by Michael Woods) to ethereal (Camelia Mirescu's Telluric Beats of Veil), he succeeded in creating a rhythmically compact oneness - a minimalist, contemplative soundscape... 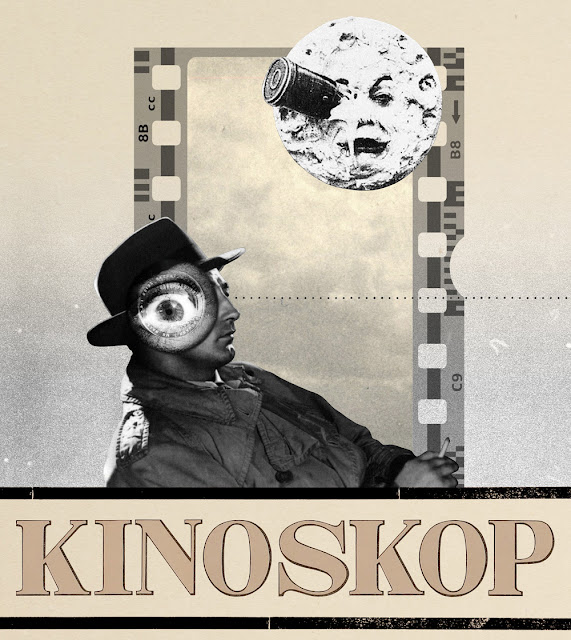