Not bad, but neither great, the latest offering from the father of the cult-favorite Tetsuo: The Iron Man is part period drama filled with tropey and sketchy characters, part formal exercise in raw, shaky camera aesthetics and animesque violence, and all an uncompromising, if somewhat clunky deconstruction of the samurai genre that almost appears like Seven Samurai in reverse, interwoven with bizarre interludes. Although the frenzied editing, contrived emotions, fill-in-the-blanks narrative and the mystery surrounding rōnin protagonists do have some charm attached to them, the film's flat lighting often takes away from the beauty of rural locations and thick forests where the increasingly violent action is set. Its greatest selling point is most definitely a gloomy, pulsating score which is the late Chu Ishikawa's swan song. If Zan had been a firsttimer's experiment, its flaws probably wouldn't have felt so jarring... Nevertheless, one viewing won't hurt. 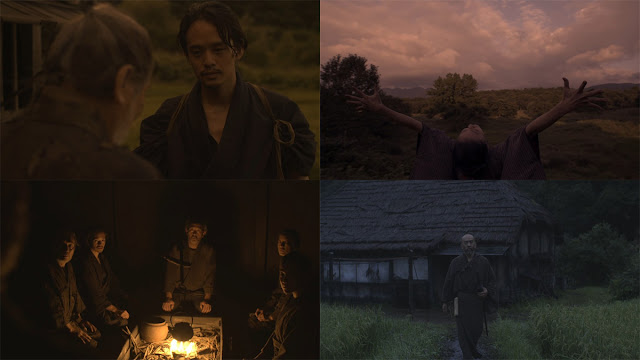