Part delightful coming-of-age story, part sly meditation on the fallible nature of science (or rather, scientists), and part self-reflexive parable about transition, studio Ponoc's debut feature more than compensates for the silence of its 'parent studio' Ghibli, boasting superb traditional animation, charming voice cast and sweeping musical score, proving Yonebayashi (The Secret World of Arrietty, When Marnie Was There) as a capable director and weaving familiar elements into an endearing and electrifying fantasy which seeps with magic from its every pore and features one of the craziest lines in the history of anime:

"If we call virtual reality worlds from the Interbaila language "turtle" and the approximate value of magic in the ancient Eltel language "crane", which of the two do you think is the more effective approach in the terms of Alphalabozome nucleic acid anti-Entatium reaction? The turtle or crane?" 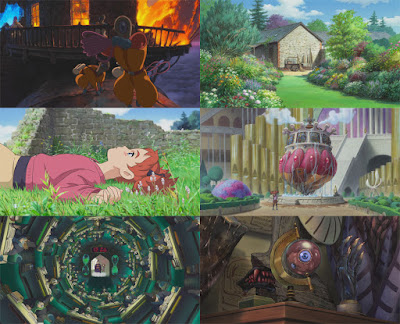