Invincible City is a beautiful place to get lost in. Inhabited only by the souls of the dead and visited by a couple of friends (David Finkelstein and Ian W. Hill) who 'debate the proper approach to take towards the end of the world', as noted in the official synopsis, it effortlessly hypnotizes the viewer into an altered, somnambulist-like state. As we (sleep)walk its empty, labyrinthine streets defined by crystalline structures whose glass walls have 'a kind of clouded distortedness to them', the voices of our guides meet, collide and intertwine to create a chilly and soothing breeze. Based on an improvisation, their poetic dialogue often takes unexpected turns, pulling us closer to the well-hidden essence of the titular metropolis.

The aura of retro-futuristic mystique which envelopes Invincible City is achieved through the great use of roughly sewn CG visuals, simultaneously outdated and avant-garde, accompanied by the spacey score that eventually transforms into a cheerful and comforting melody of a bygone era. In the clash of geometric solids, volatile textures and colorful lights, the movement becomes 'an illusion created by the dizzying world it bounds', to put it in the words of Jorge Luis Borges (and in accordance with Norman Thomas di Giovanni's translation). With HOPE left on a dry beach and Aleph risen from the clay, we find the exit, but our dream lives on in a gray fog of abstraction... 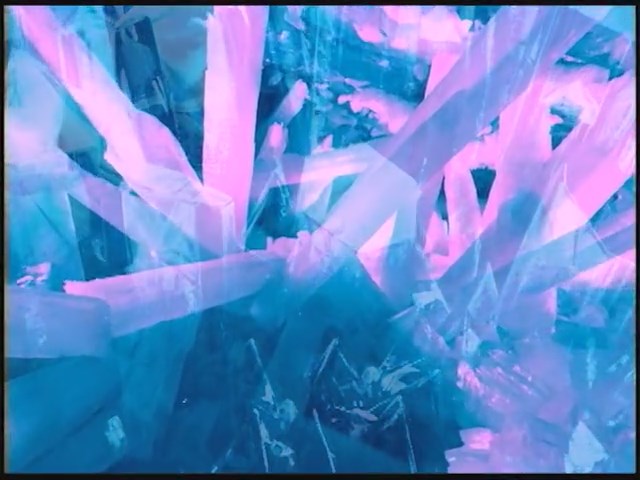 (This review is based on a private screener provided by the author.)
Објавио Nikola Gocić у 9:53 PM