The Girl behind the White Picket Fence (Stefanie Schneider, 2013)

"... she is more interested with what the chance-directed appearances in her photographs portend. Schneider’s works are concerned with the opaque and porous contents of human relations and events, the material means are largely the mechanism to achieving and exposing the "ridiculous sublime" that has come increasingly to dominate the contemporary affect(s) of our world." (from Mark Gisbourne's essay The Personal World of Stefanie Schneider) 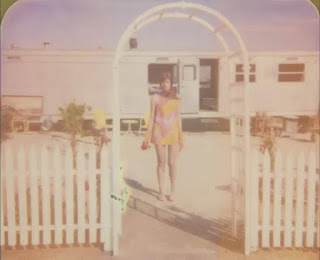 Decidedly and oh so delightfully retro, Stefanie Schneider's feature-length debut scores the highest points for its visual uniqueness. In the best tradition of cinematic photo-novels, Chris Marker's La Jetée being the most prominent example, this oneiric "suburban fantasy" (for the lack of a better term) is almost entirely composed of exposed Polaroid photos, with a few Super 8 sequences as some sort of its old-fashioned charm intensifiers. 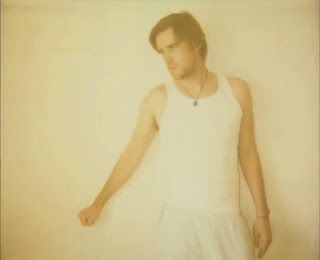 Providing a "cryptic analysis of love back-dropped by a feeling that our future is hopeless but that it relentlessly continues", it depicts an unusual romantic triangle between the titular girl, Heather (Heather Megan Christie), a local garbage man, Hank (Kyle Larson), and a Lonely Hearts Radio DJ (Steve Marshall). Broken-hearted from a failed first relationship with an unnamed guy (Jeff Leaf), Heather returns to her late parents' travel trailer in a Californian desert, embracing solitary life, with a pet-goat as her only companion. 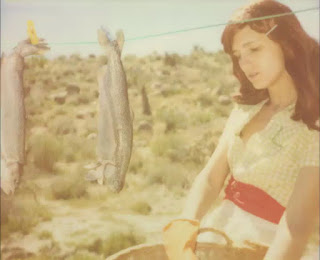 After finding a radio station that "speaks her language", she makes a few anonymous calls and thus, attracts the attention of Hank and the DJ, both faced with their own demons and/or ghosts from the past. Unable to continue on her own and to decide between the two men competing for her affection, she seeks help from a mysterious shaman portrayed by none other than the living legend Udo Kier. 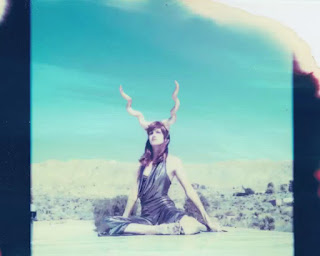 Infused with surreal quirks, such as the laundry turning into fish (not to mention a zany dream-sequence in the finale), and peppered with slice of life nuggets, Heather's story eschews cheap sentimentality in favor of a melancholic and, to a certain extent, ironic meditation on our Sisyphean chores and pursuit of happiness. Subverting the notion of the American Dream, it seems fragmented and yet, it flows freely like a river of sunlit reveries in which the phantom-like protagonists - all of them wrapped up in their own thoughts - bathe. Their freedom is only illusory - the fence sets not only physical, but also psychological borders for Heather; Hank clings to the memories of his dead wife and is a slave to his daily routines, whereby Radio DJ hides behind his gravely voice and imitation of self-confidence. 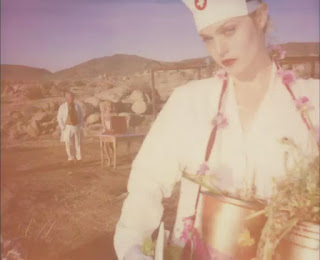 The monologues written by the performers themselves and "improv of the first love argument" by Christie and Leaf add a personal note to Schneider's screenplay which is centered around her heroine's foibles, inexperience and uncertainties. However, the film's most fascinating aspect is its quaint aesthetics - a dreamy kaleidoscope of ethereal, feathery pictures brought to life by the low-key voice-overs, as well as the soothing "diegetic sounds" and acoustic, lullaby-esque rock. Bright and often distorted by the chemical mutations, the analogue tableaux vivants pass before your eyes like some light-bearing apparitions and guide you into a hypnotic state. And what makes them so mesmerizing and inspiring are their very imperfections.

Stefanie Scheider's uncompromising approach to achieving her vision really does wonders, so we are left with a remarkable work of exotic beauty. The Girl behind the White Picket Fence is available for rent or purchase at Vimeo on Demand. 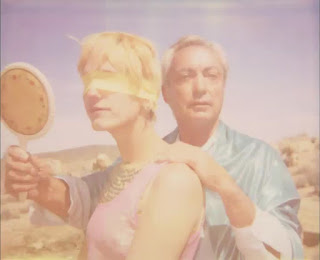