☼☼☼☼☼☼☼☼☼ out of 10☼
"Art is to console those who are broken by life."
Vincent van Gogh 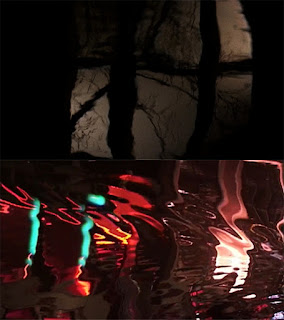 Alchemy on the Amstel I

And that is exactly what Alchemy on the Amstel does - employing the river's natural painting and storytelling talents, it consoles. A work of delicate visual poetry, it is composed of three short films, whereby in the first two chapters, water acts "as a liquid mirror, visual oracle that reflects Parallel Universe of the Amsterdam city" (in the words of the author herself), only to let her limpid dreams, hazy memories and free flowing thoughts do the talking (or rather, showing) in her deeply-felt absence during the final act. 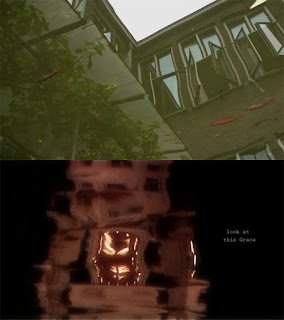 Alchemy on the Amstel II

In the interview for Clara Pais and Daniel Fawcett's fanzine Film Panic, Janja Rakuš calls her fluid muse, protagonist and alchemist "eye of the earth, substantial Monastery that with its prayer improves time's looks and beautifies the future", allowing her to be the guide, the guru. Inspired by the French philosopher Gaston Bachelard's teachings, she goes as far as to deify her, so the water transcends both life and death and intoxicates the viewer with its sublime qualities - spiritual essence and painterly soul, above the others. 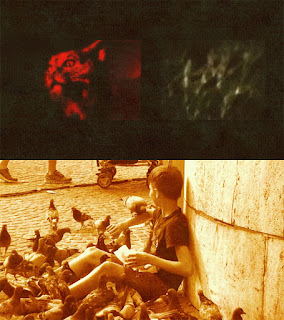 Alchemy on the Amstel III

Speaking the universal language of Nature, Amstel also becomes the portal leading to a mythological realm wherein the tangible transforms into the elusive, with the legends woven out of the very reveries. A whole new world of rich textures and simmering lights lies beneath its surface, waiting to be explored. Our reality perishes and über-reality emerges. "The first view that the universe has of itself" appears as an impressionist abstraction, eternal and ethereal...
Објавио Nikola Gocić у 4:48 PM