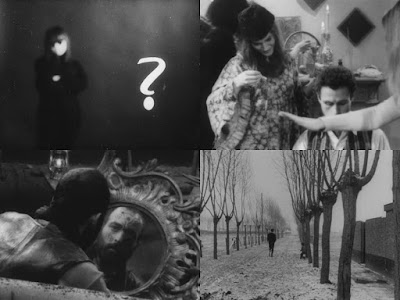 Considered lost for five decades, Tom White's first and only feature Who's Crazy? resurfaced in 2015 when it was restored from a 35mm print at Colorlab in Rockville, Maryland. An avant-garde experiment in 'primal ecstasy' (in the words of Richard Brody for The New Yorker), this odd counter culture 'comedy' unleashes a relentless assault on senses that leaves the viewer smiling like a lunatic (no pun intended) at the well-minded stoners' parody of The Seventh Seal's dance of death ending.

Its plot is as simple as it gets. After a bus transporting mental asylum patients breaks down in the middle of Belgian nowhere, the inmates (all played by the members of NY's The Living Theatre troupe) evade their captors and take over a nearby vacant, yet well-supplied farm house, establishing a hippie-like commune. What follows is an incessant series of improvised antics from imitating dog howling and cat yowling to a ritualistic wedding ceremony which ends in a slapstick police raid.

The non-stop partying of unmuzzled crackpots (involving some dress-up sessions, beatnik recitals, omelette preparing, singing and screaming, a quest for water, pseudo-alchemical playing with fire and an impromptu trial to a 'catatonic' spoilsport) feels so liberating that you can almost taste the energy emanating from the screen. Most probably having a whale of a time in the rooms filled with (pot) smoke, the actors give their (un)natural best to pull you in their whacky charade.

Just like the camera of Walerian Borowczyk's frequent DP collaborator Bernard Daillencourt who captures some weirdly absorbing stuff here, the protagonists are almost never still and their frequent motion is set to the elusive rhythms of the stirring, mind-blowing free jazz score composed by Ornette Coleman and performed with gusto by his trio. Besides, if the ingenious Salvador Dalí was fascinated by this mad little film, then who are we to judge it?

And to answer the titular question: everybody involved in making and 'consuming' and avoiding this deliciously deranged piece of alternative, uncompromising, highly enthusiastic cinema is positively crazy, which also includes a woman who provided those operatic monologues. 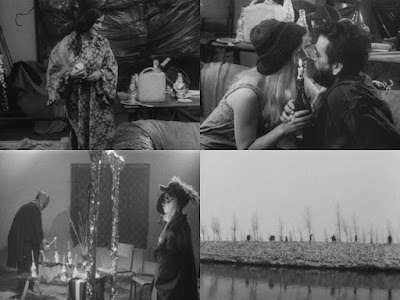