A contender for the most placid film of the year (despite that one burst of posthumous anger), this odd, quirky, steadily directed, thematically poignant and deliberately paced genre-bender might be resting on a Finisterrae-like gimmick, but it rests so well, boasting a simple, yet captivating and universal tale, some great deadpan humor, the hazy, delightfully retro visuals, the suitably melancholic, mood-setting score and the superb, almost dialogue-free performances by the magnetic Rooney Mara and Casey Affleck who conveys various emotions and mental states, even though he spends most of the time hidden behind the plainest of Halloween costumes as the titular Ghost haunted by grief and memories, time-warping accidents and the strangers intruding what was once his home. 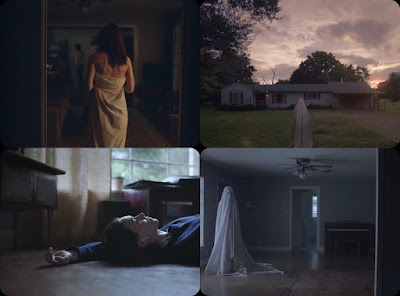