While recently watching American Cyborg: Steel Warrior (a recommendation I picked in the 12 Cheesy Good B-Movies By Infamous Cannon Group list), I remembered another Joe Lara flick that I used to love as a kid and even had taped on VHS, so I responded to a nostalgia call and revisited it. Tarzan in Manhattan is a CBS-produced TV film which is one of the pulpiest and funniest screen renditions of E. R. Burroughs’s character. And a good deal of its humor is derived from a comic relief character – a private eye, Archimedes Porter – brilliantly played by none other than Tony Curtis who brings an old-school charm to the table, though Kim Crosby as his computer-science-master-turned-taxi-driver daughter Jane manages to steal a few moments by virtue of witty one-liners.

Joe Lara is a perfect choice for the ape man well-versed in classic literature (he quotes Victor Hugo at one point), but not adjusted to modern technology, and concrete jungle that is New York. The reasons for his trip to the so-called civilized world are the death of his gorilla mother Kala, and the abduction of his best friend Cheetah by poachers who hide behind a philanthropic organization that secretly conducts experiments on chimps. (Think proto-Tom-Yum-Goong with monkeys instead of elephants.) This is where we come to Jan-Michael Vincent, excellent if slightly underused in the role of a charismatic, yet unscrupulous mogul villain, Brightmore, who runs the dirty business.

As you might’ve already guessed, Shultz takes this opportunity to weave social commentary throughout, raising awareness about the unfair treatment of animals, as well as poking fun at consumerism, wealthy folks and constraints of big city life. He may not be the most skillful of Afro-American filmmakers, but he does manage to turn technical limitations to his advantage, and – with his tongue deeply planted in his cheek – deliver a charming little action film that is never boring. There’s a childlike playfulness (enhanced by a quirky Cinderella reference) inherent in his direction, and a cool 80’s soundtrack, featuring Warren Zevon’s Leave My Monkey Alone and Grace Jones’s Pull Up to the Bumper singles, that reflects his easy-going attitude. 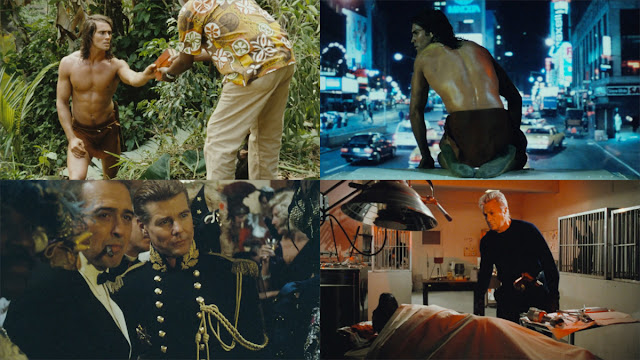