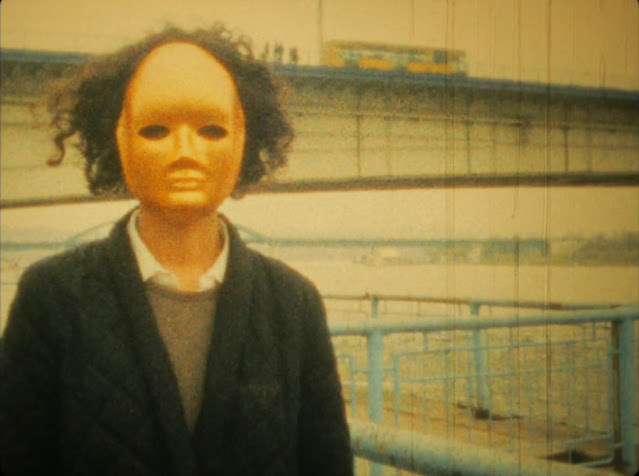 There is a strong and strange connection between the found and original footage in Atoosa Pour Hosseini's latest film. If the former is viewed as an artifact of the past and the latter belongs to 'now', then it is highly probable that their uncanny, symbiotic mutuality is a blurred reflection of the future, at once intimidating and alluring in its foreboding stillness. Time transforms into timelessness, with eternity embedded into the titular object that may originate inside of Luminous Void or an alternate reality.

The mask is not only 'one of civilization's most ancient and potent objects', as noted in the official synopsis, it is also a recurring motif in the voluminous filmography of Experimental Film Society, Rouzbeh Rashidi's HSP: There Is No Escape from the Terrors of the Mind and Maximilian Le Cain's Moon Tiger Movie (Part 1 / Part 2 / Part 3 / Part 4) being just a couple of examples. A golden, expressionless and somewhat creepy piece is worn by an unnamed wanderer - the author's alter ego or embodiment of her subconscious mind - whose spatial, temporal and psychological disorientation widely open door to our uncertainty. (Are we stuck in Maya Deren's or Jean Rollin's universe?) 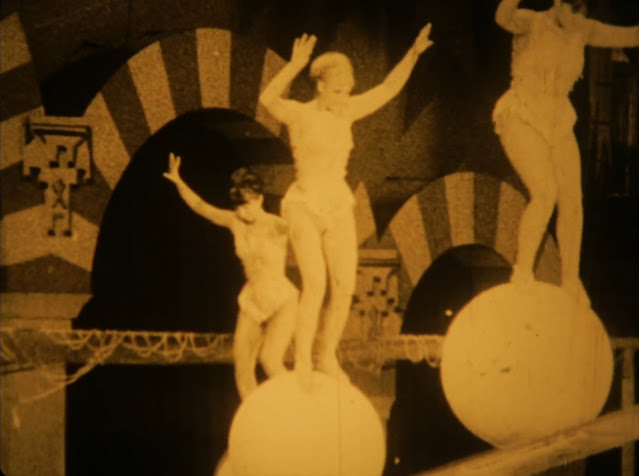 Intensifying the disquieting vagueness which permeates the thick atmosphere are 'magisterial yet marginal figures' clad in black and seemingly as lost as the enigmatic protagonist, amongst the ruins of a decaying world. Maybe they are nothing but ghosts, apparitions of life refusing to vanish entirely, just like a passing train and a few cars glimpsed from the bridge. But who are those people staring into what appears to be an aquarium, and circus acrobats skillfully balancing on Pilates balls? Are they, simply put, memories that belong to the masked wanderer, or expressions of Pour Hosseini's thoughts on film as a medium operating as hints for unmasking the mystery?

Whether any answers can be provided or not, The Golden Mask will always remain a hauntingly beautiful paragon of post-sci-fi cinema, its elliptical, wistfully meandering narrative deeply imprinted in the stark fusion of dreamily evocative, intuitively edited Super 8 imagery and eerily brooding aural emissions, both familiar and unknown... 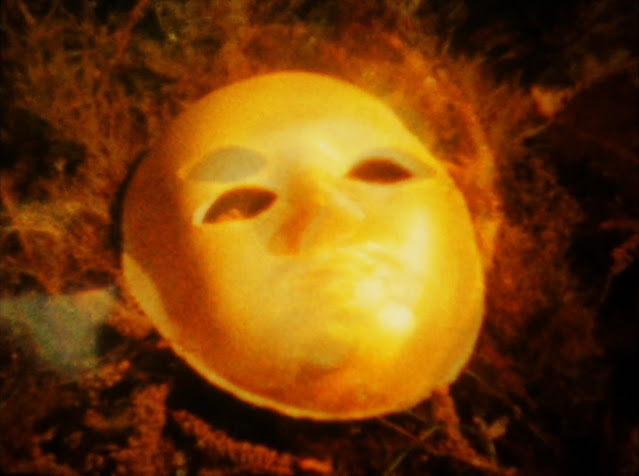