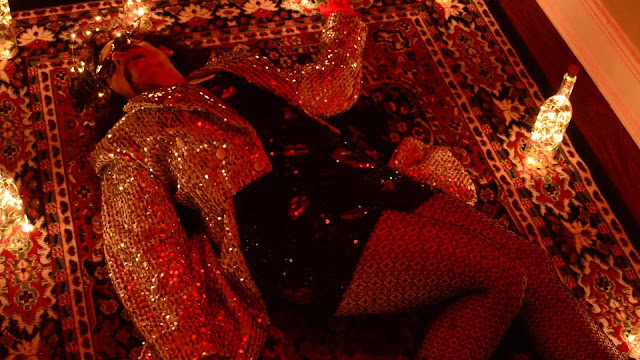 “This is so EFS!” – loudly I thought to myself the moment I saw the autrice in a glistening party dress lying on the floor, blood dripping from her mouth, seconds after a flickering shot of a deliciously kitschy bedroom and a close-up of her fishnet tights. The great majority of subsequent scenes proved to be pretty much in line with cine-twisting aspirations of Experimental Film Society, yet there was something utterly idiosyncratic about the cheeky clash between two distinct realities / aesthetic approaches – a glaring phantasmagorical and a docu-like, down-to-earth one.

Shelly (Sarah) Kamiel – “the neon shaman whose deep vision enchantments are as revelatory as leopard feathers” – joined the ranks of EFS towards the end of 2019, and “has inadvertently become their best kept secret”, in the words of Maximilian Le Cain. The first (and if you ask this writer, most accomplished) part of her short films trilogy complemented by Blood in the Butter (2019) and Supernova Cash Out (2020), Rinse: Repeat sees a mysterious heroine portrayed by Kamiel herself transcending the banalities of the mundane (and even death!) by virtue of magical goo, cunning editing and one of the most glamorous, self-ironizing suicide acts ever depicted in experimental cinema. Simultaneously dark, wryly humorous and as light as a dove’s kiss, this mind-boggling mutant-fantasy feels like walking across the ruins of Maximilian Le Cain’s “meditation on the haunting malleability of forgotten sounds and images”, possessed by the spirit of a frisky carny, and guided by Rouzbeh Rashidi’s perverse obsessions and fetishistic adoration of intense colors and shimmering lights. Add to that a slimy substance with metamorphic properties to be used in a rebirth ritual, and you’re in for a time-and-space-dissolving plunge into the rabbit hole, as daily objects swirl around you to the rhapsodic cacophony of Zach de Sorbo’s music.

An elaborate essay on Kamiel’s work written by Maximilian Le Cain can be read in the book Luminous Void: Twenty Years of Experimental Film Society which can be ordered HERE. 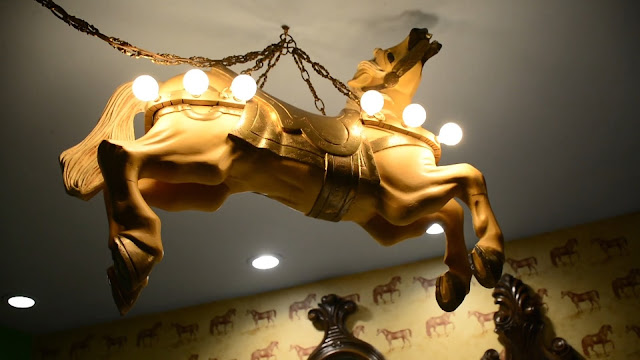