☼☼☼☼☼☼☼☼☼ out of 10☼
Wow! I’m head over heels for this film!
A boy, Eden, meets a girl, Aviva, online, then she buys a ticket, and moves from Paris to New York where he lives, their relationship blooms into a tumultuous marriage, and eventually, they become best friends. However, there’s a twist somewhat reminiscent of Luis Buñuel’s acclaimed dramedy That Obscure Object of Desire. Each of the two is portrayed by male and female dancer, with both of their sides often sharing the same space which tends to be confusing in the most amusing way possible, particularly during the squabbles! And when they get entangled with other people, their one-night stands turn into sultry bisexual threesomes... Oh, and did I mention that the fourth wall is left in shambles?

Following a peculiar, genre-bending coming-out-and-of-age horror-mystery Boarding School, Boaz Akin’s latest offering appears like a huge leap in the author’s artistic evolution; something akin to a pleasant and electrifying meta-cinematic shock. His unique, unapologetically erotic gender-swapping ‘game’ is imbued with a powerful magic stemming from neo-surrealistic flourishes, a fluid, intimate camerawork, sparkling chemistry between non-professional actors and instantly captivating choreography by Bobbi Jene Smith who also grand jetés into the role of Eden’s femme-persona. Uninhibited in their bold performances, skilled and talented dancers of multi-ethnic origin join in a ravishing, titillating, hyper-kinetic celebration of life, love, self-actualization and the beauty of naked bodies. Liberating and invigorating even in the (sparse) moments of intense melancholy, Aviva is an off-kilter musical de- and reconstructed into an unruly, yet endlessly sympathetic beast of a film. To paraphrase a line by the masculine version of Eden (Tyler Phillips, who looks as if fathered by Michael Paré), ‘fuck consistency and tone, they did it’. 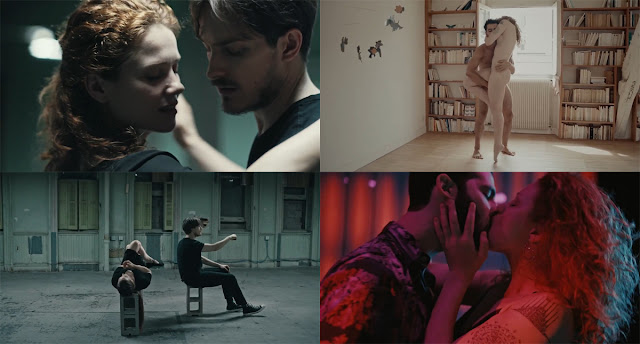