Set in the 19th century southern Georgia still dominated by the Ottoman Empire, The Way Home (originally, Gza shinisaken) reimagines the historical figure of Anthim the Iberian (Antimoz Iverieli, 1650-1716) - a revered scholar, theologian, calligrapher and philosopher - as a quiet young man who tries to return home after escaping his captors. Presumably inspired by the likes of Dreyer, Bresson, Tarkovsky, and Parajanov, this peculiar, surrealistic drama turned 'road movie of the soul' daringly embraces anachronisms, as well as the unorthodox narrative patterns, mesmerizing the viewer with its lyrical story, breathtakingly beautiful B&W cinematography, and solemn silence pierced only by diegetic noise and stylized dialogue. Often appearing as a puzzling deconstruction of some local legend(s), it features a classy, tightly controlled direction from Rekhviashvili and stoically powerful performances by the entire cast, especially by Vakhtang Panchulidze who imbues the leading role with sublime mystery. 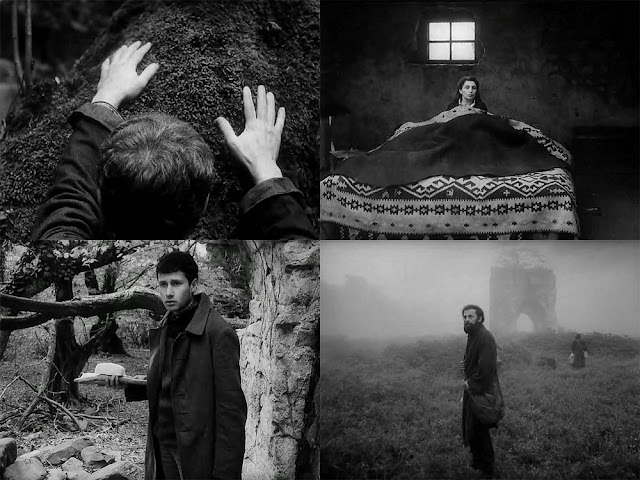