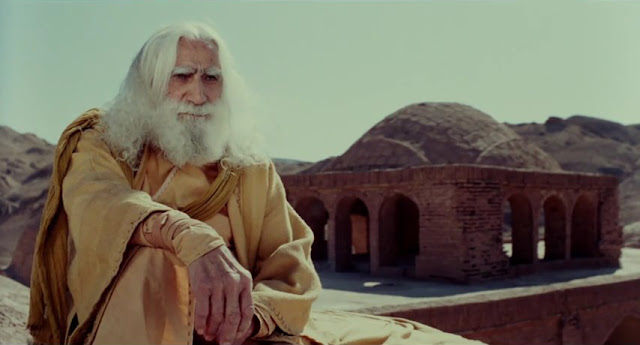 In Parviz Kimiavi's la(te)st fiction film, the books grow on trees amidst the desert, a water canal is married to a local widow for the drought to be broken, and the poets of the past haunt the present of a protagonist, Sohrab, wonderfully portrayed by Behzad Khodaveisi. While writing a thesis on Persian classic poetry, our scholar hero has to deal with a grinning Kafkaesque bureaucrat (a bravura supporting performance by Saeed Poursamimi) in order to acquire a publication license, so for that reason, he travels from the Kerman province to Tehran. However, his journey is fraught with a number of bizarre detours which turn his country into a magical and slightly disorienting realm. 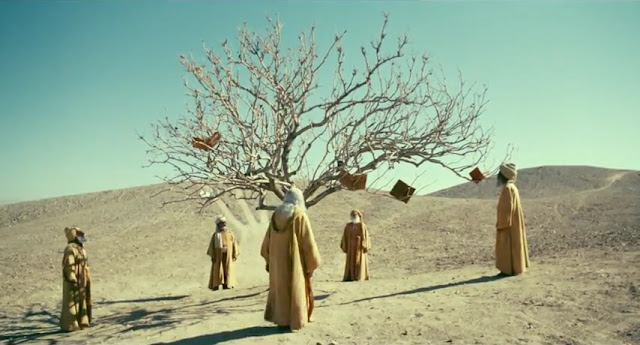 Iran Is My Land (originally, Iran saray-e man ast) is a prime example of old-school cinematic surrealism that reaches all the way to the viewer's subconscious or rather soul, and gently envelops it in warmth. What's most fascinating about it is the effortless way Kimiavi manipulates time and space, blurring the boundaries between fantasy and reality, Sohrab's thoughts and actions, without ever losing the thread of his carefully measured and seemingly meandering narrative. Anyone unfamiliar with the history and cultural heritage of Iran will certainly find it ambiguous, yet the playful auteur will always make sure that the stranger feels welcome, even when the story overwhelms him/her with its exoticism. Brimful of rhyming verses and tinged with subtle humor, his dialogues are imbued with universal wisdom and simultaneously they epitomize the most personal form of filmic lyricism, which comes as no surprise, considering the poetry is the name of the game. 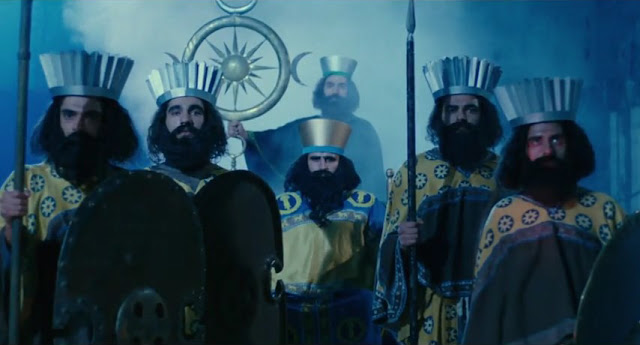 Themes of censorship, persistence, introspection and re-connection with tradition are densely intertwined and explored through the prism of art, its great potency and possible meanings, whereby the film plays out like a hardly classifiable blend of a formally astute essay, a dreamlike road-movie and a peculiar brand of an anthropological documentary. Largely taking place in a desert, around ancient ruins and villages, it is dominated by the color of sand, with the characters' costumes enhancing the picturesque qualities of Mohammad Aladpoush's taut cinematography. Modest in style, the charming visuals are often complemented only by ambience sounds, their marriage establishing a mystical atmosphere that is occasionally sublimated by Hossein Alizadeh's folk-inspired score also employed as a fourth wall-breaking tool in the witty epilogue.