This July was hot as hell (which also reflects the current state of affairs), so I decided to make a devilish choice of 6 'old-timers', 6 recent features and 6 shorts I loved the most out of approx. 90 films I watched... 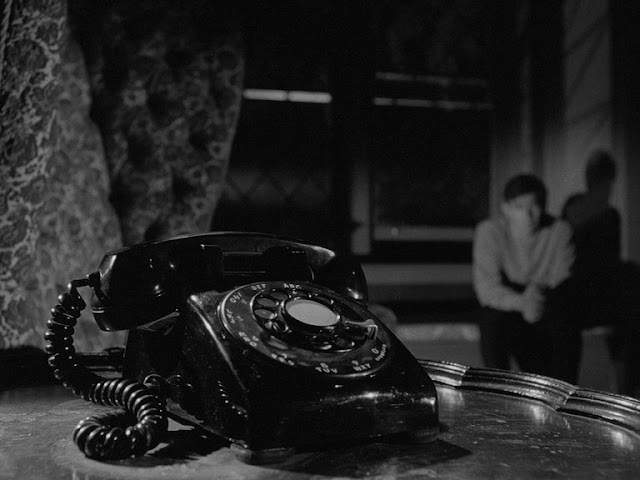 A great B-noir/horror whose highlights are three gorgeously nightmarish 3D sequences directed by Slavko Vorkapić, the co-author of 1928 experimental film The Life and Death of 9413, a Hollywood Extra. What's fascinating about these trips 'deeper into subconscious' is that you don't even need special glasses to enjoy the psychedelic imagery replete with skulls, thick fog, occult rituals and disfigured faces!

Oxygen sees a journalist, Marko (Stevo Žigon), and his wife, Patricija (Polish actress Małgorzata Braunek who would appear in Żuławski’s The Third Part of the Night a year later), getting involved in a surreally depicted struggle between young revolutionaries and repressive establishment whose agents rarely leave the couple a moment of peace. By virtue of Milka Badjura's ingeniously hectic, dizzying and whimsical editing that would give even the Nouvelle Vague filmmakers run for their money, one gets easily disoriented in this dystopian, anti-illusionary, formally challenging, 'Kafka meets Godard under the hippie sun' drama set on an imaginary island, and playing out on the border between pamphlet and poetry, dream and reality, fiction and documentary.

"Borders need to be erased. Then we will move into the world of fantasy."

Filmed in Poland and set over the course of one long night, this Spanish neo-noir is quite a strange, hardly classifiable beast. Featuring a superb cast led by Javier Bardem (as a no-nonsense detective, Cornelio, boldly objectified in the opening scene) and Maria de Medeiros (as a clumsy, stuttering mother, Maria, unwillingly pulled into a deviant game of shady characters), the film unfolds as a surreal, somewhat melodramatic and borderline absurd narrative in which the big, incestuous baddie portrayed by Héctor Alterio is referred to as Gran Mierda (lit. Big Shit). Puzzling and (decidedly?) incoherent, it feels like a sullen, unrhymed ode to death sung with a tongue-in-cheek attitude.

A cool, slightly off-beat gangster flick worthy of watching for Lee Marvin's bravura performance alone, and not to mention the adorable Sissy Spacek and an intense scene involving a combine harvester...

4. The Tango of the Widower and Its Distorting Mirror (Raúl Ruiz & Valeria Sarmiento, 2020)

Restored by his wife Valeria Sarmiento and flawlessly dubbed thanks to a lip-reading expert, Ruiz's unfinished 1967 film is another brilliant addition to the Chilean master's opus. Part psychological drama, part black comedy (borderline horror?), and all a formally challenging piece of (nightmarish) cinema, it is soaked in a stifling, claustrophobic atmosphere achieved through the frequent use of unnerving close-ups (and creeping wigs!) accompanied by the ominously haunting score from Jorge Arriagada. Once it reaches its midpoint, the film is 'black-lodged' to the start, with parts of the Distorting Mirror half rendered in a photo-novel manner.

A refreshing take on the superhero subgenre, Gundala presents a pretty successful blend of socio-political drama and martial arts action sprinkled with some quirky humor and bits of Javanese mythology. Its greatest strengths lie in well-rounded performances, solid fighting choreography and atmospheric visuals, whereas the flaws begin to surge during the final act which introduces some new, out-of-nowhere characters who will probably be opposing Gundala or joining his ranks in the upcoming sequel(s). Even if you don’t like the movies with spandex/leather-wearing protagonists, you may want to give this one a chance... 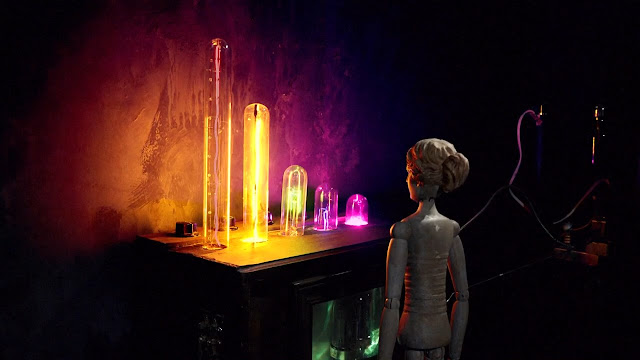 In his fascinating, cinematically eloquent debut, Mehdi Jahan blurs the boundaries between fact and fiction, life and death, personal history and that of his native region of Assam, and immerses the viewer in a dense, oneiric atmosphere effortlessly established through deliberate pacing, lyrical narrative, moody B&W visuals, elegiac flute melody and old radio broadcasts that mark the 'silent to talkie' transition. From the largely non-professional cast, he elicits powerful, borderline Bressonian performances and imbues his film with a keen sense of mystery...

A subtly surreal, profoundly poetic and deliberately paced drama boasting elegant direction by Tuhinabha Majumdar, delicate performances by the entire cast and wonderful, highly atmospheric cinematography by Sathanand Rangaraj, especially during a tracking overhead shot that captures a mesmerizing dance choreography. In its constant overlapping of dreams, memories and reality on the border between life and death, Songs From Far Away Land takes the viewer on a spiritual journey, with the ancestors' ghosts acting as sage guides. The film's soul is so big, that it is overwhelming! It would be a great companion piece to Alexander Sokurov's Mother and Son or Aditya Vikram Sengupta's Jonaki.

Two usher boys seduce a mermaid, red-haired nymphs and other mythological characters with Dior's 2020-2021 Haute Couture collection in a visually splendid, dialogue-free fantasy softly veiled in evocative, ethereal music and meticulously directed by Matteo Garrone. Although an entirely different animal, it easily ranks with some other successful fashion ad films, such as David Lynch's Lady Blue Shanghai (made also for Dior) and Luca Guadagnino's The Staggering Girl (for Valentino).