Appearing like a Masaaki Yuasa's anime on LSD and/or heavy steroids, Promare is a trope-fueled sci-fi/fantasy action flick light on plot and characterization (though it addresses some burning issues), but excessively heavy on mind-blowing hyper-style which often acts as a substitute for substance. A spiritual successor to Imaishi's insanely brilliant directorial debut Dead Leaves (2004), it is a nonstop barrage of adrenalized motion, phosphorescent lights and psychedelic color combinations unconstrained by the angular linework. Frame after frame of intoxicating, highly concentrated visual delights, this unruly mecha-feature comes packed with an upbeat rock soundtrack and super-dedicated voice acting from the entire Japanese cast, enhancing the feeling that verges on spontaneous combustion. 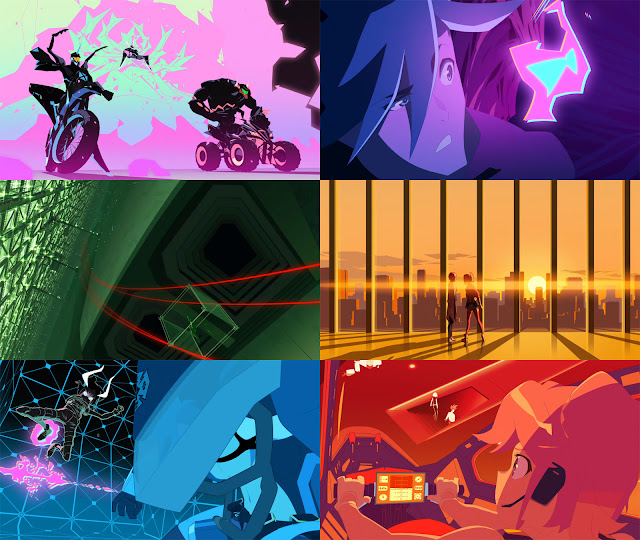