Kindle - a time capsule for my death told in three parts 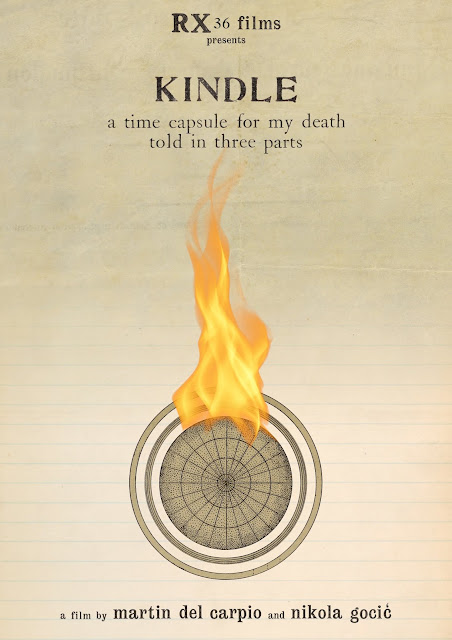 Behind the long title KINDLE - a time capsule for my death told in three parts hides a 7-minute collage film which marks a new milestone in the successful collaboration between NYC-based artist Martin Del Carpio and I. In the past couple of years, I have designed numerous posters and covers for Martin's shorts (including his latest and most accomplished live-action offering, Auricular Confession) and music singles (such as the one for Si La Muerte), respectively, so I was delighted (and at once, a bit scared) when he asked me to create the visuals for Kindle, immediately after I released my debut animation, Untold. We're both pretty happy with the results of this small experiment, and I hope the viewers will feel our mutual satisfaction. Speaking of the viewers, their discretion is strongly advised, because the second chapter contains some nudity and references to sexual activity.


You can listen to the soundtrack from Martin Del Carpio's official Bandcamp page, HERE.