Absolutely not to be taken seriously, Neil Jordan's latest offering feels like a deliberate retread of a very familiar territory that is the 80s and 90s cheesy thrillers, and plays out like an urban fairy tale in which the ever-reliable Isabelle Huppert portrays a psychotic stalker (from the title) by way of an evil surrogate mother, and has a whale of a time with the role. Her magnetic, delightfully campy, occasionally over-the-top performance is the film's chief selling point, as well as a lesson in versatility for the sweet and talented Chloë Grace Moretz whose innocent character Frances falls prey to Greta's claws. Highly predictable, yet tense and entertaining, neatly shot and directed with a tongue-in-cheek whimsy, this feature is light years away from revolutionizing the genre (or saying anything novel about loneliness, friendships and helping elderly strangers), but it is a must-see for Huppert completists. 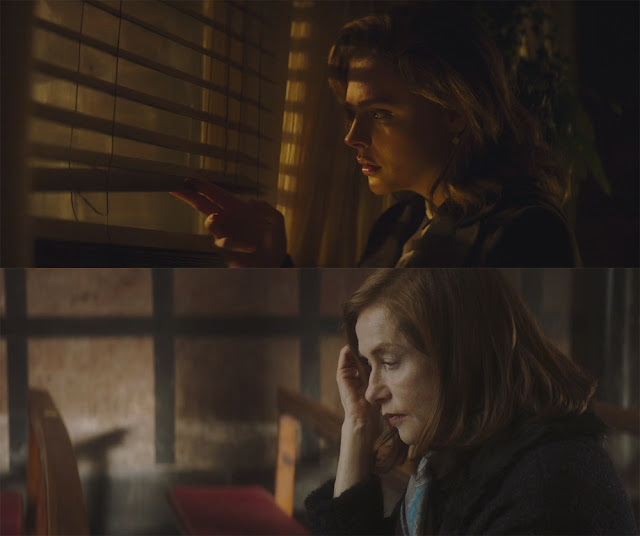